The APPARATUM has been inspired by the heritage of the Polish Radio Experimental Studio – one of the first studios in the world producing electroacoustic music.

The installation draws inspirations musically and graphically from the “Symphony – electronic music” – composed by Bogusław Schaeffer.

Bogusław Schaeffer conceived his own visual language of symbols that conveyed the cues for the sound engineer responsible for the production of the piece.

The physical form is inspired by the general aesthetics of the Studio’s famous “Black Room” designed by Oskar Hansen. The electroacoustic generators and filters were arranged in a modular fashion inside two steel frames – the construction element that we’ve referred to in our design. 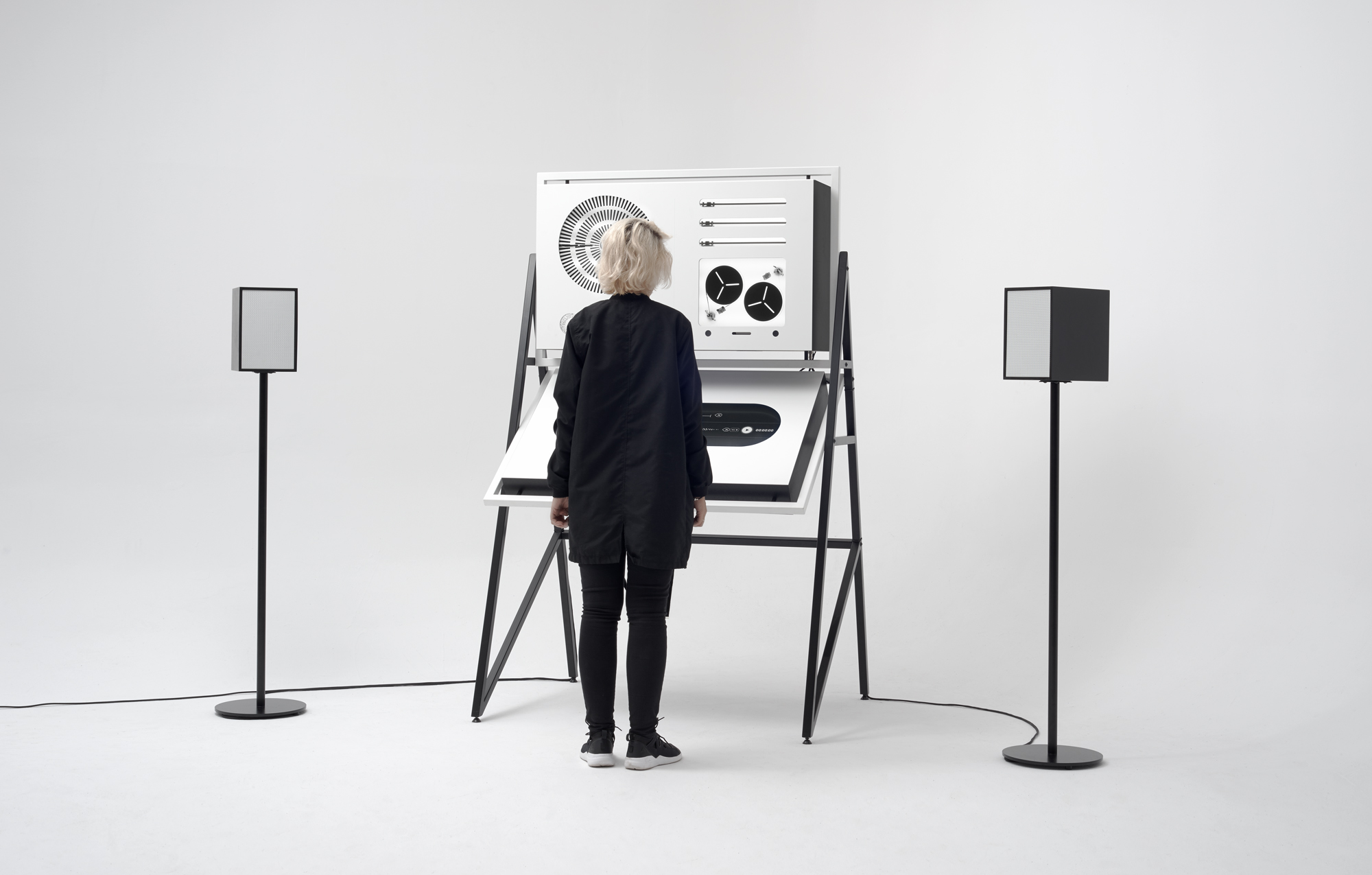 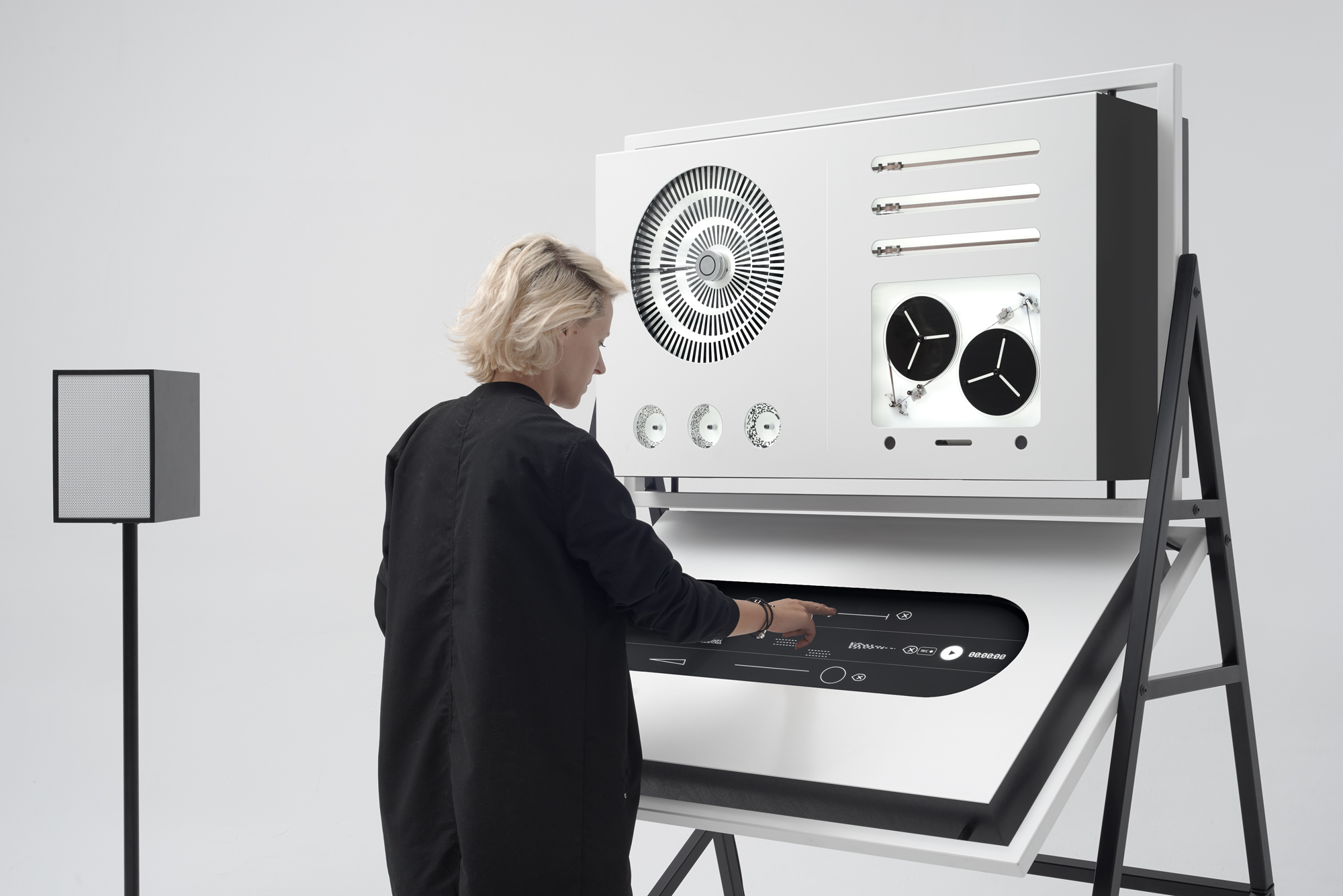 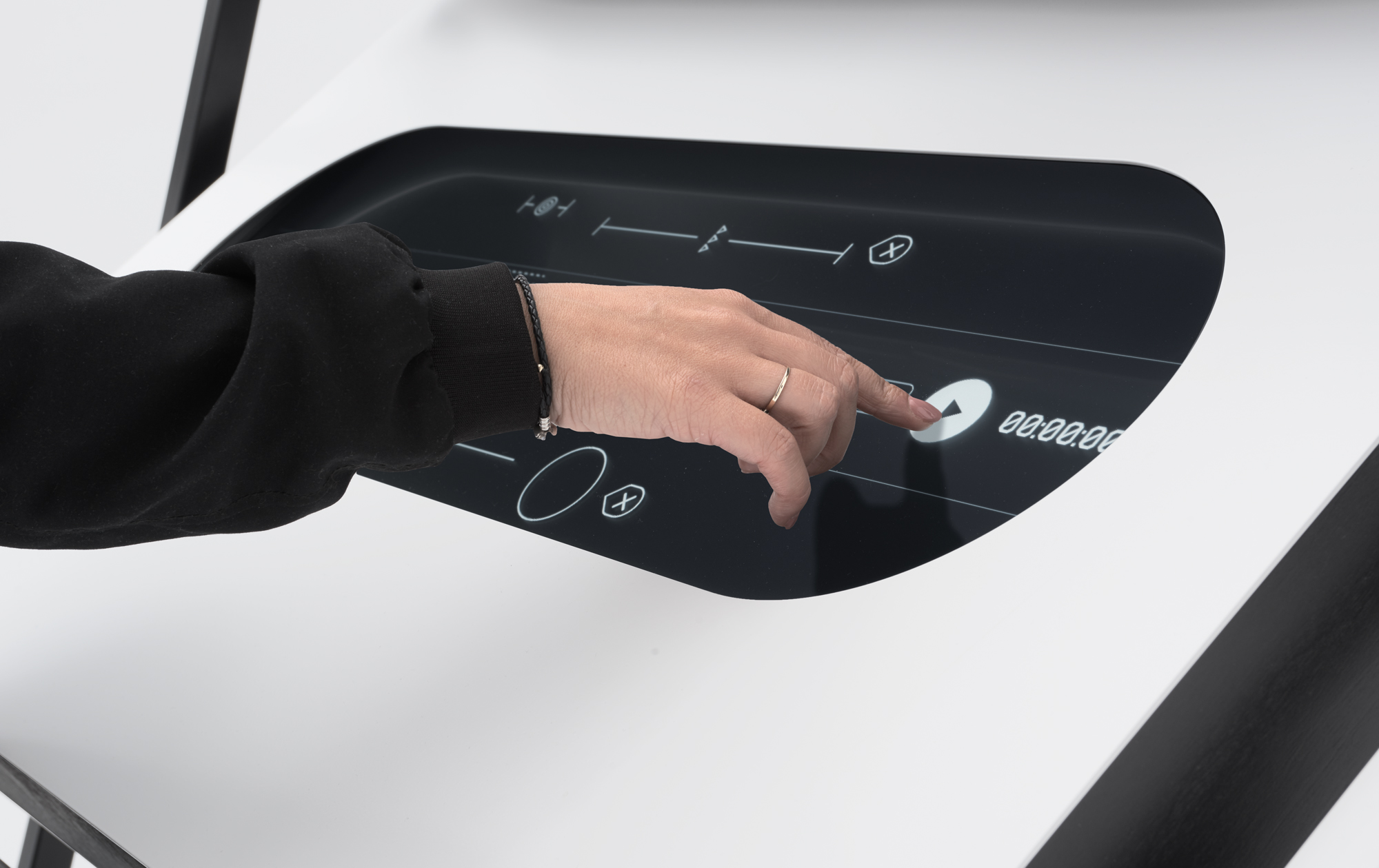 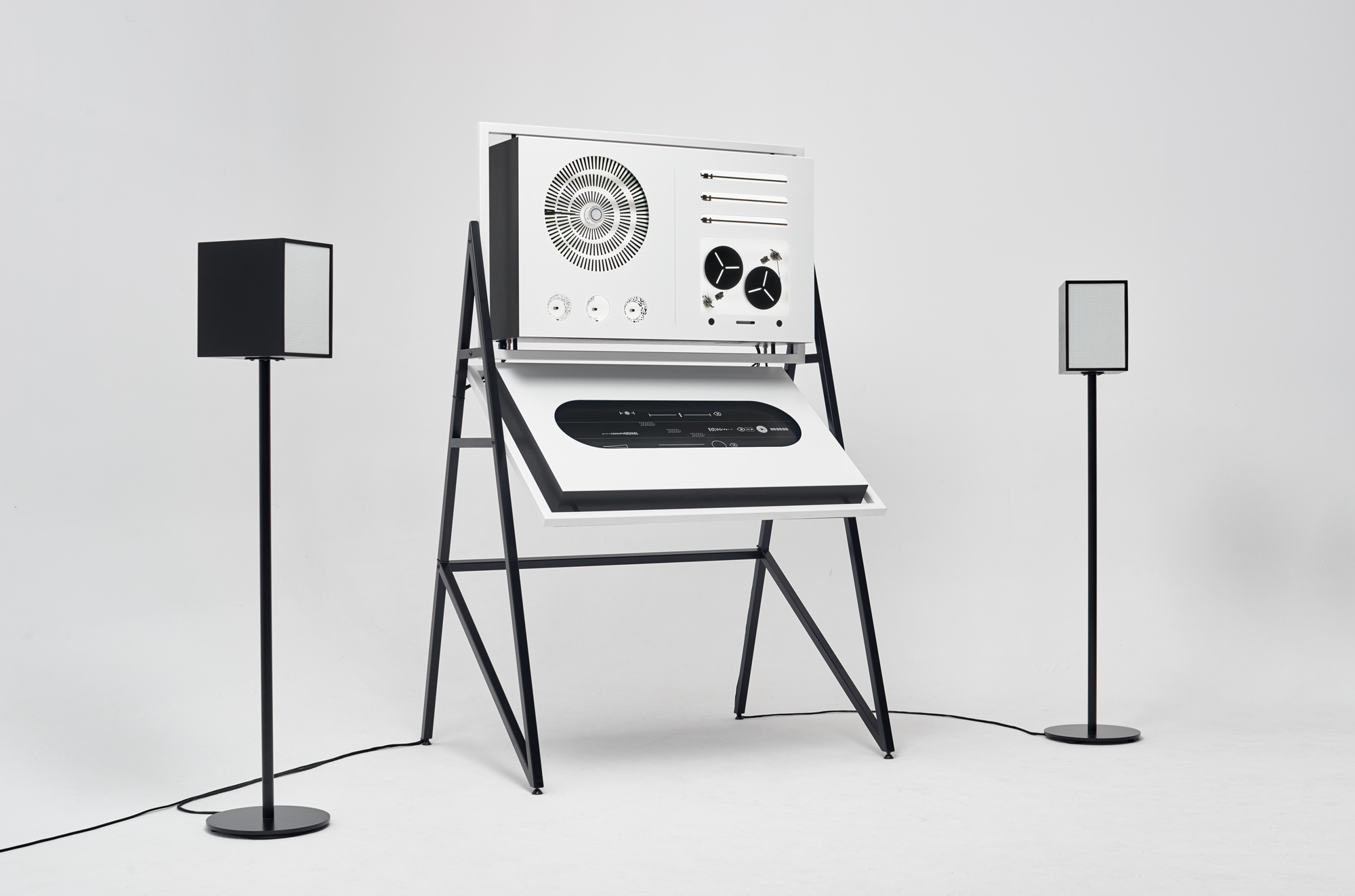 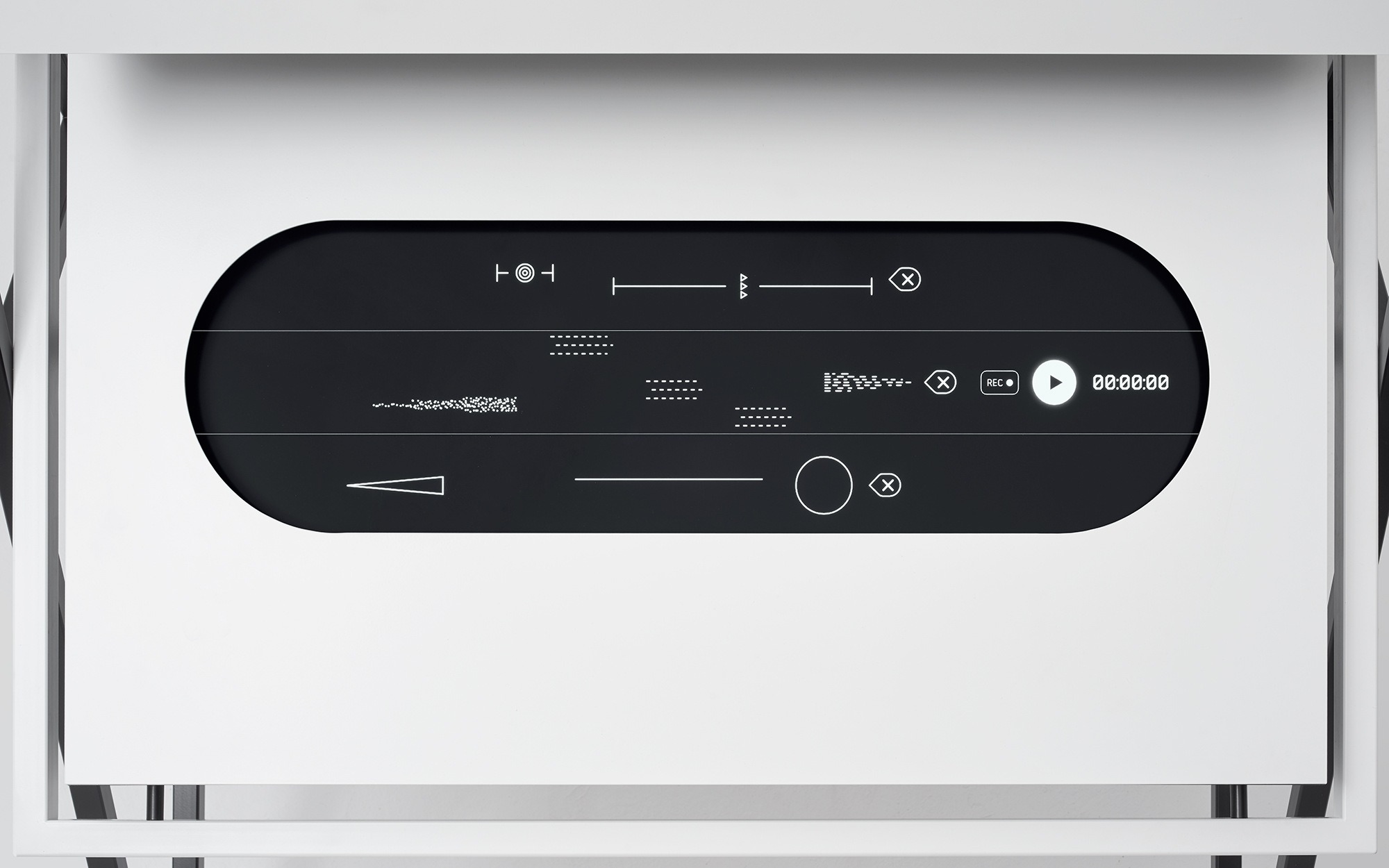 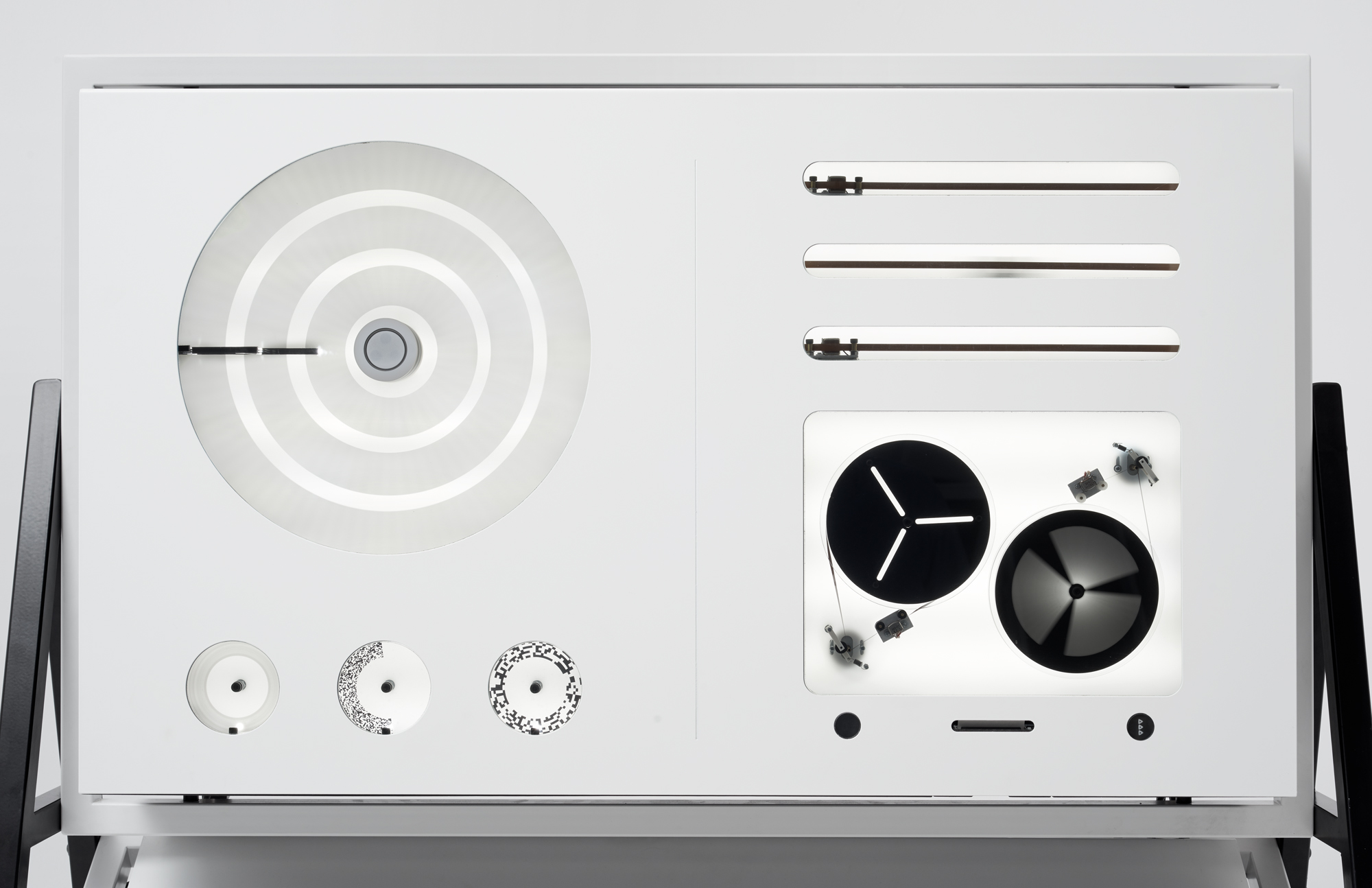 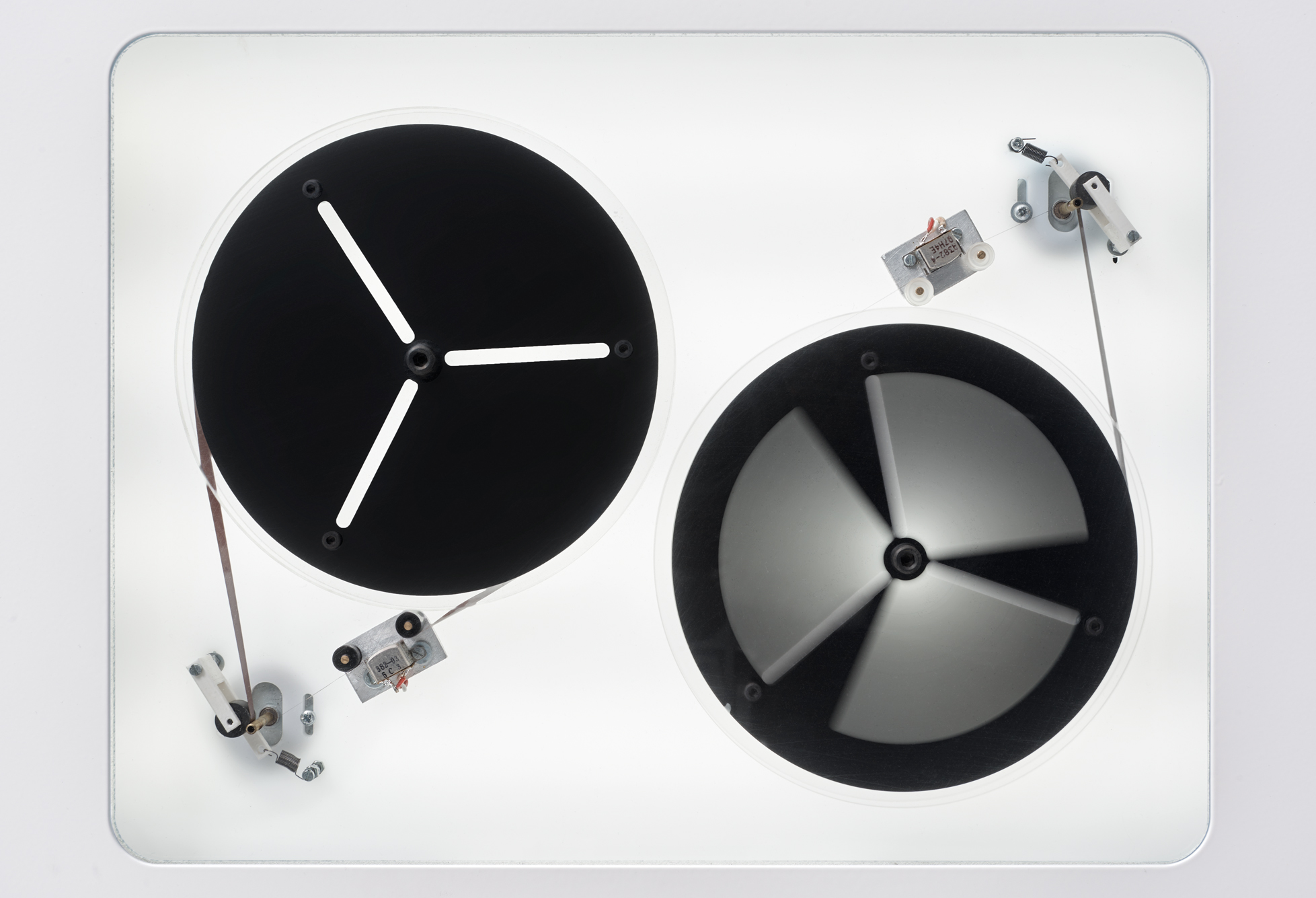 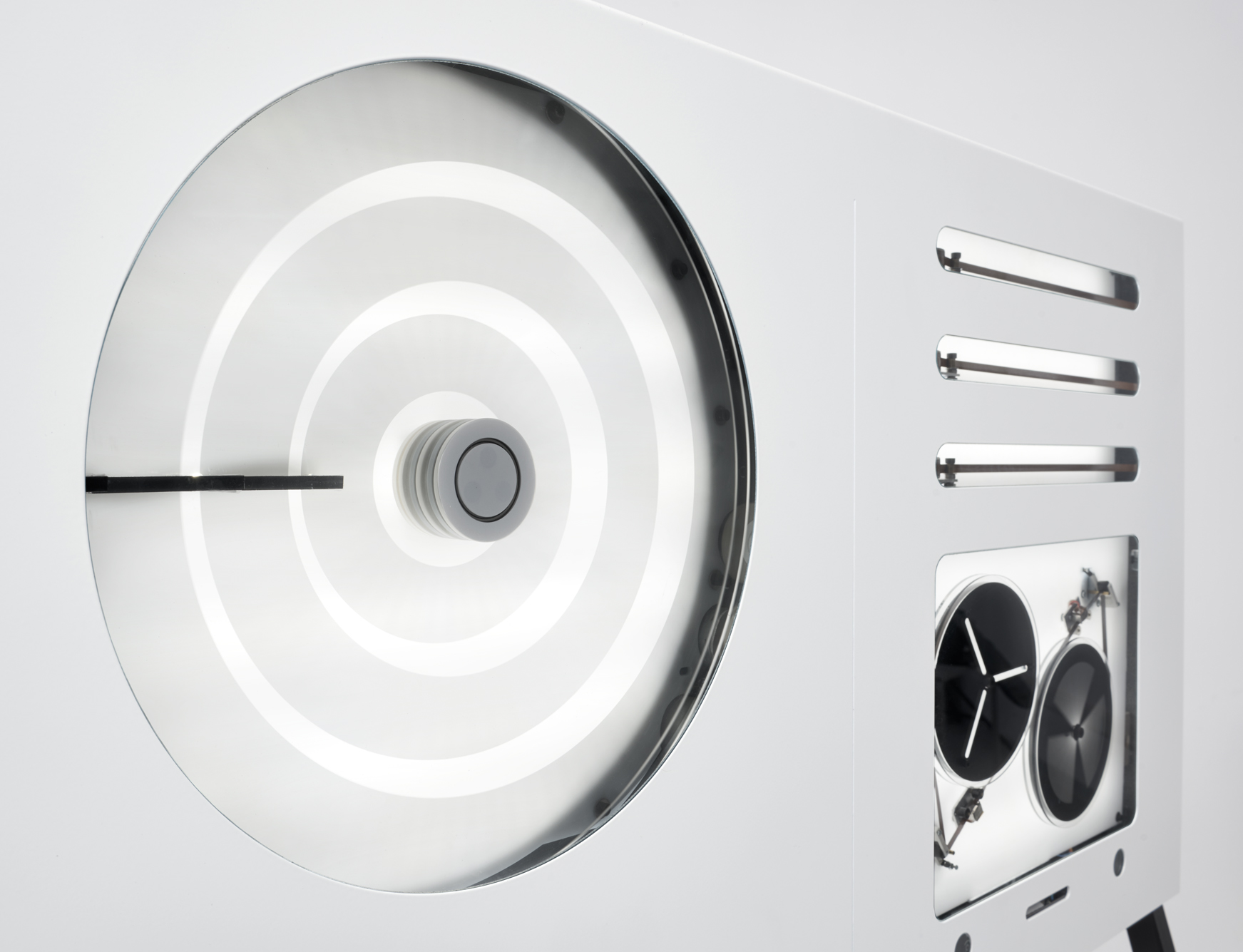 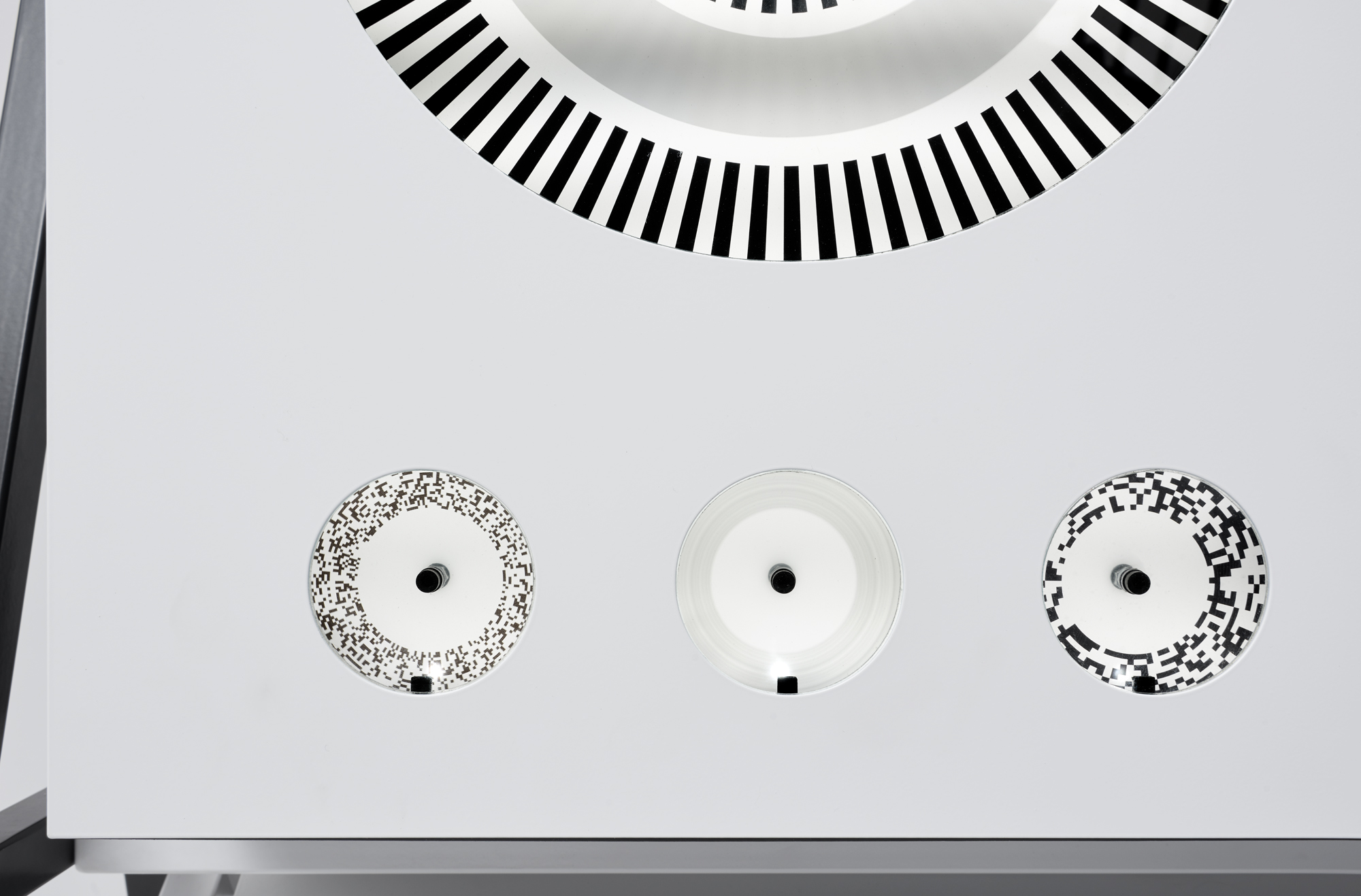 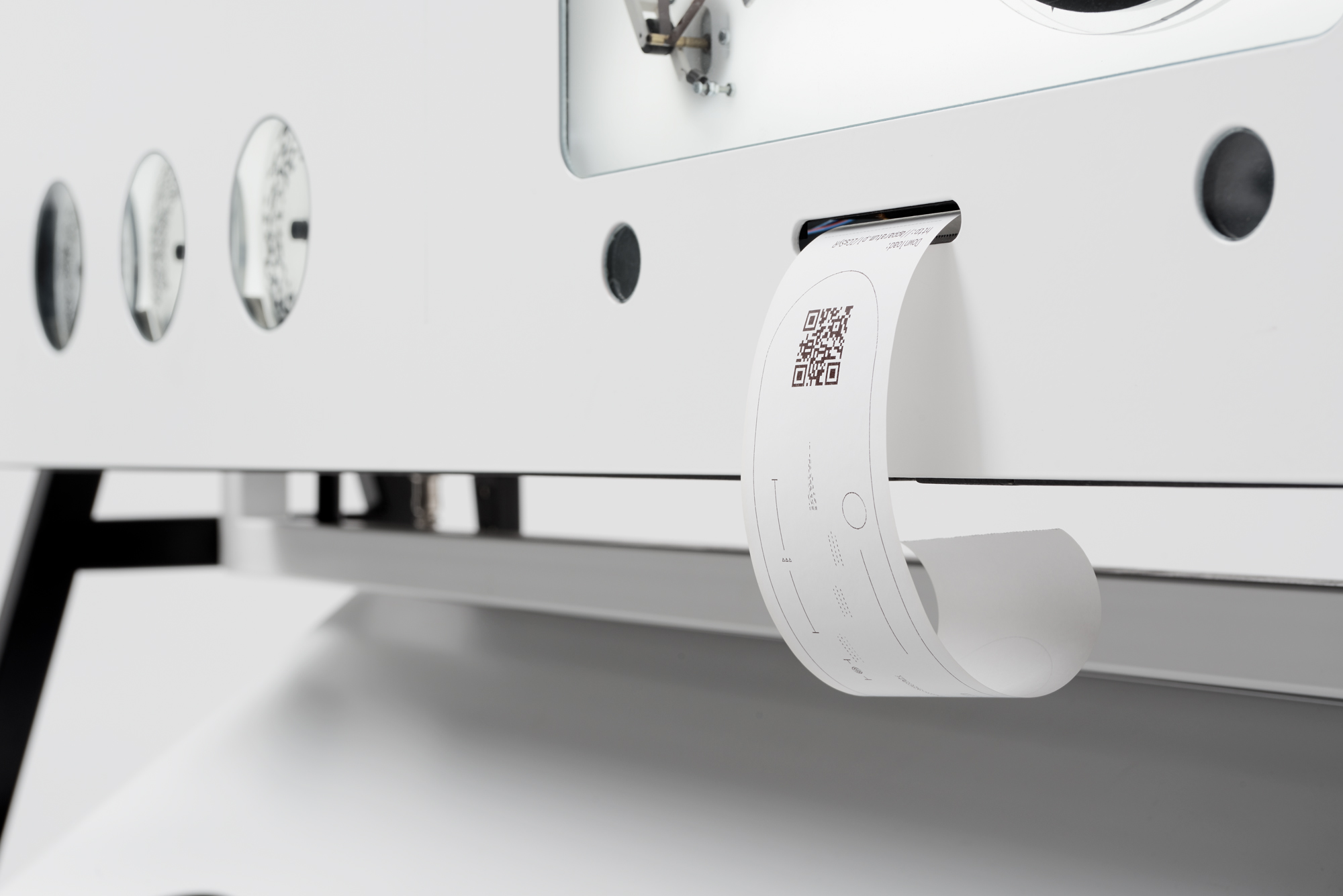 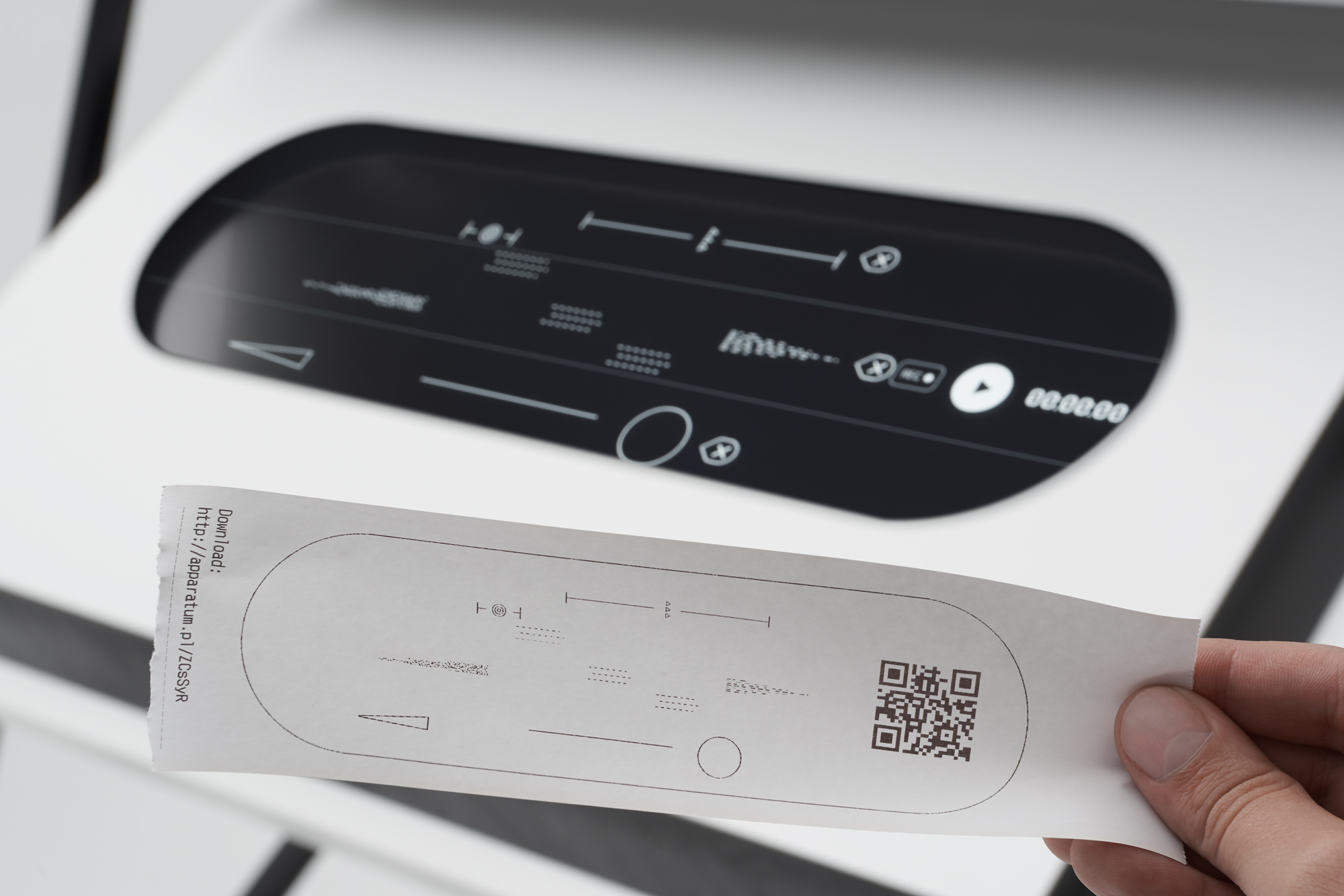 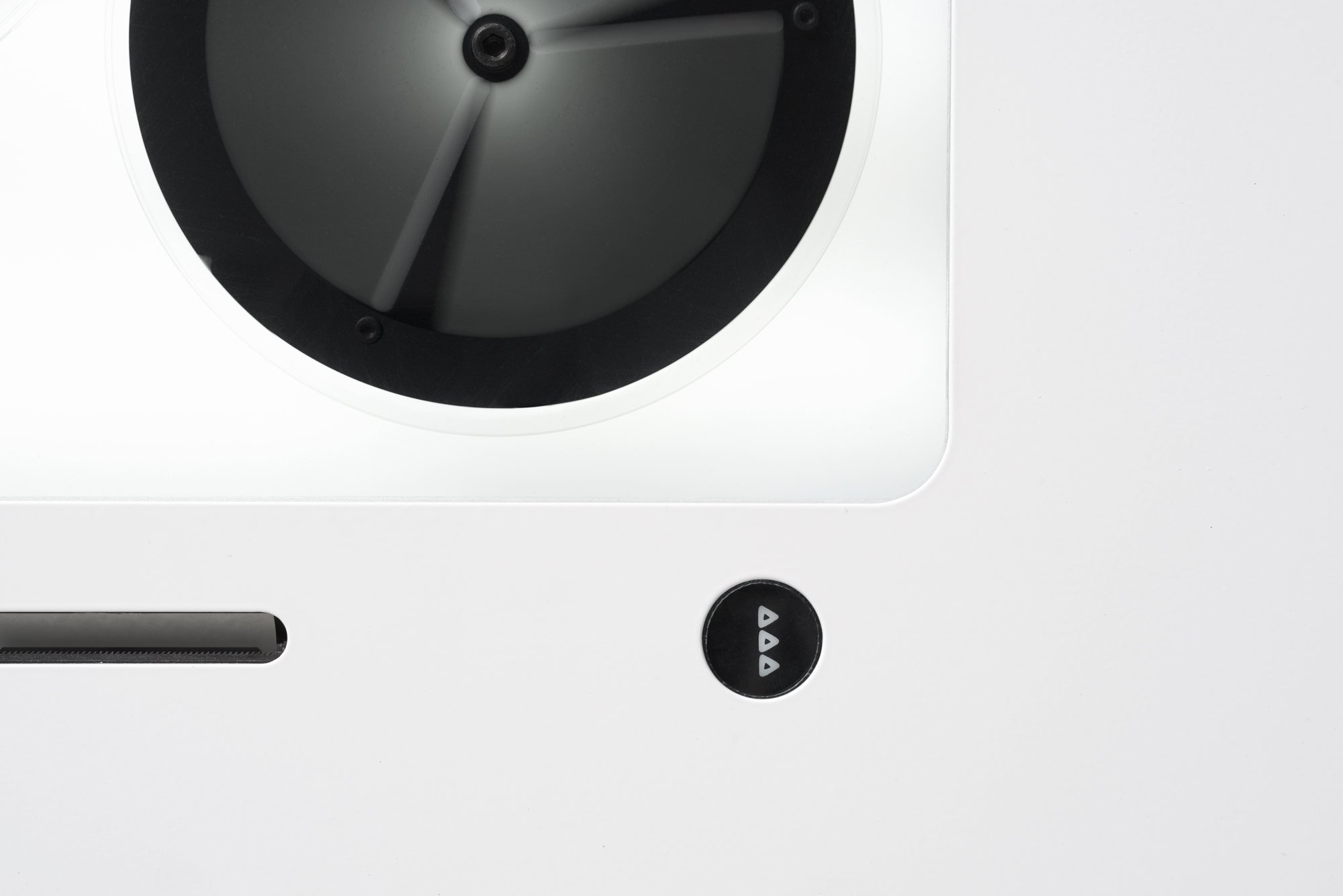 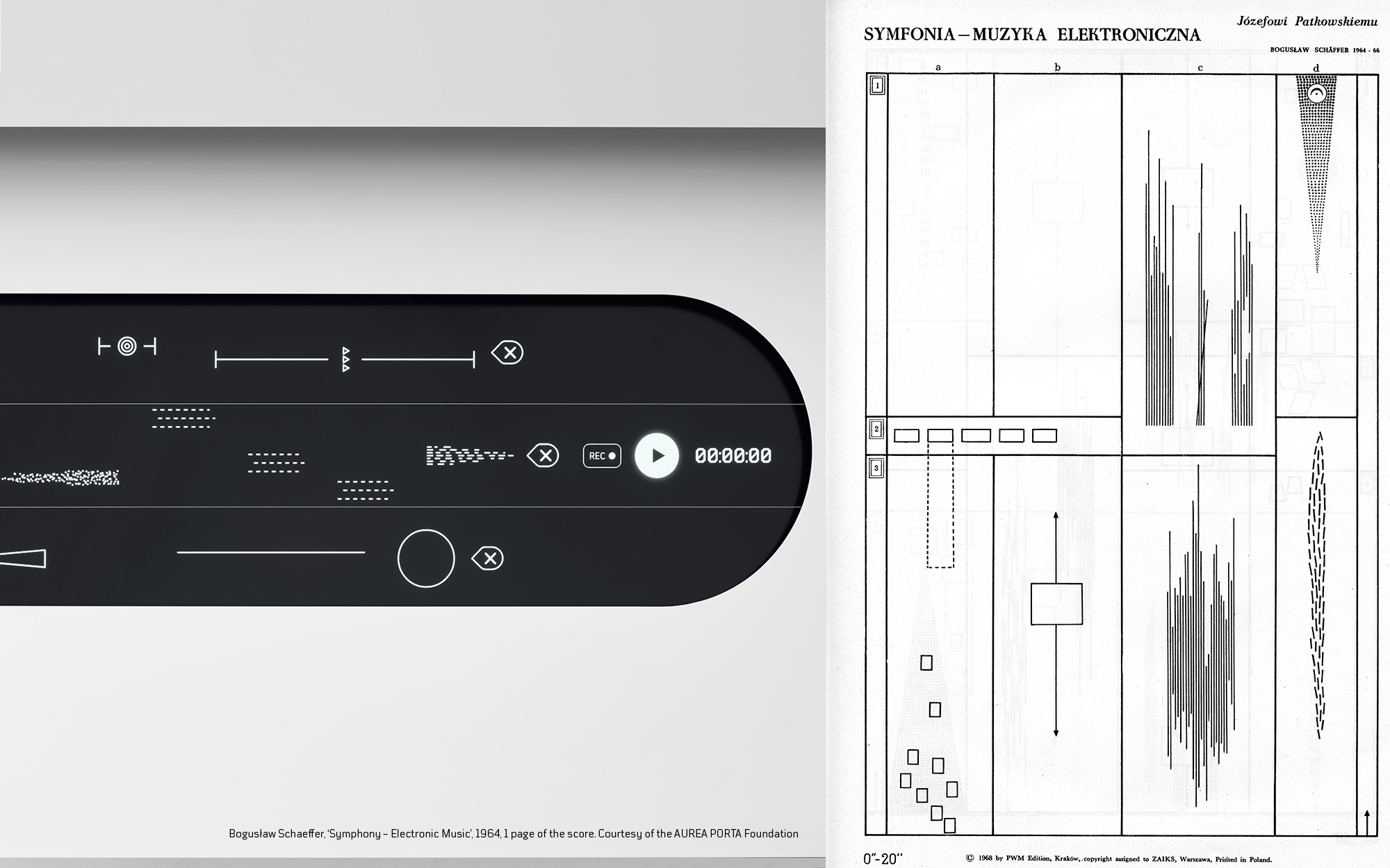 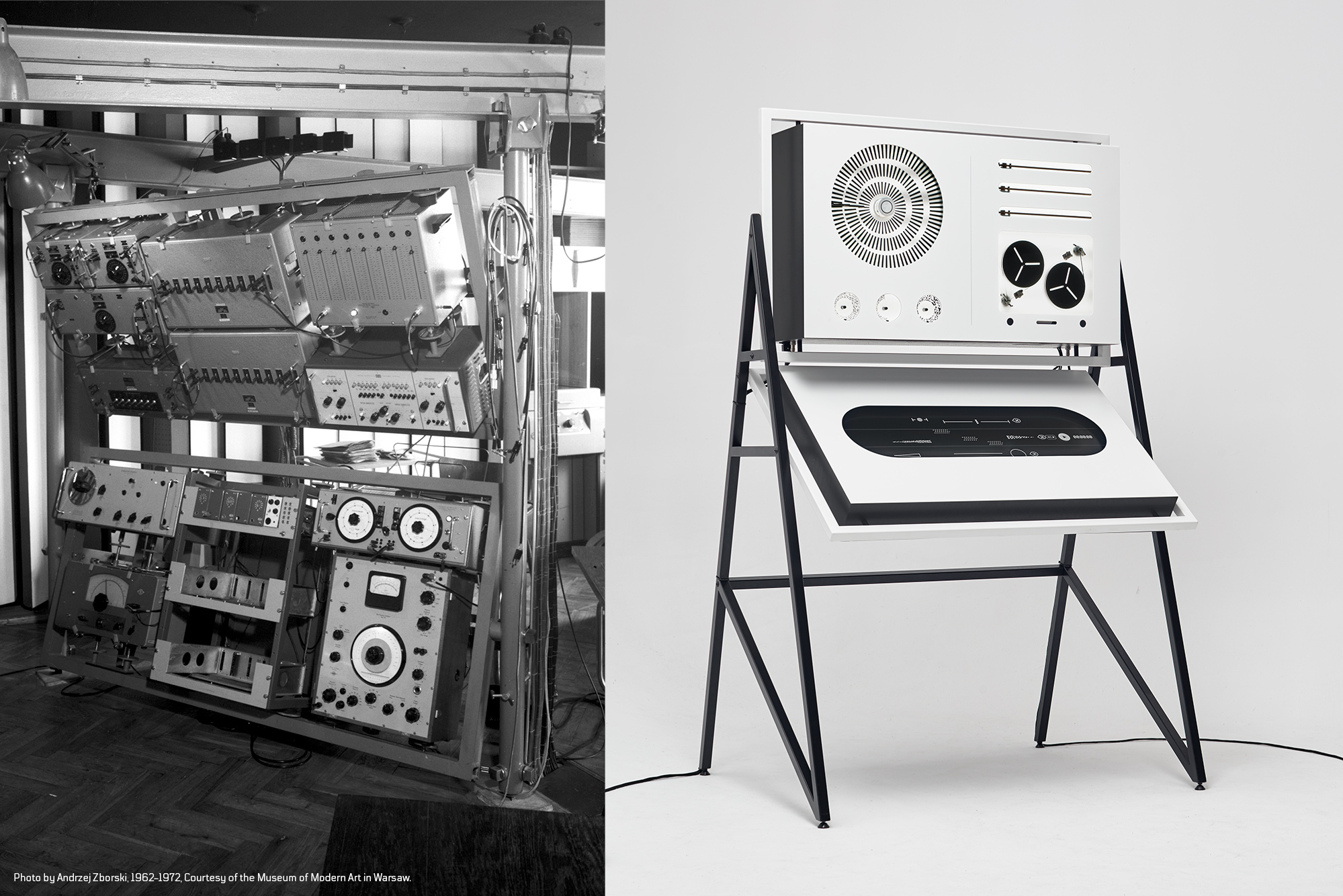 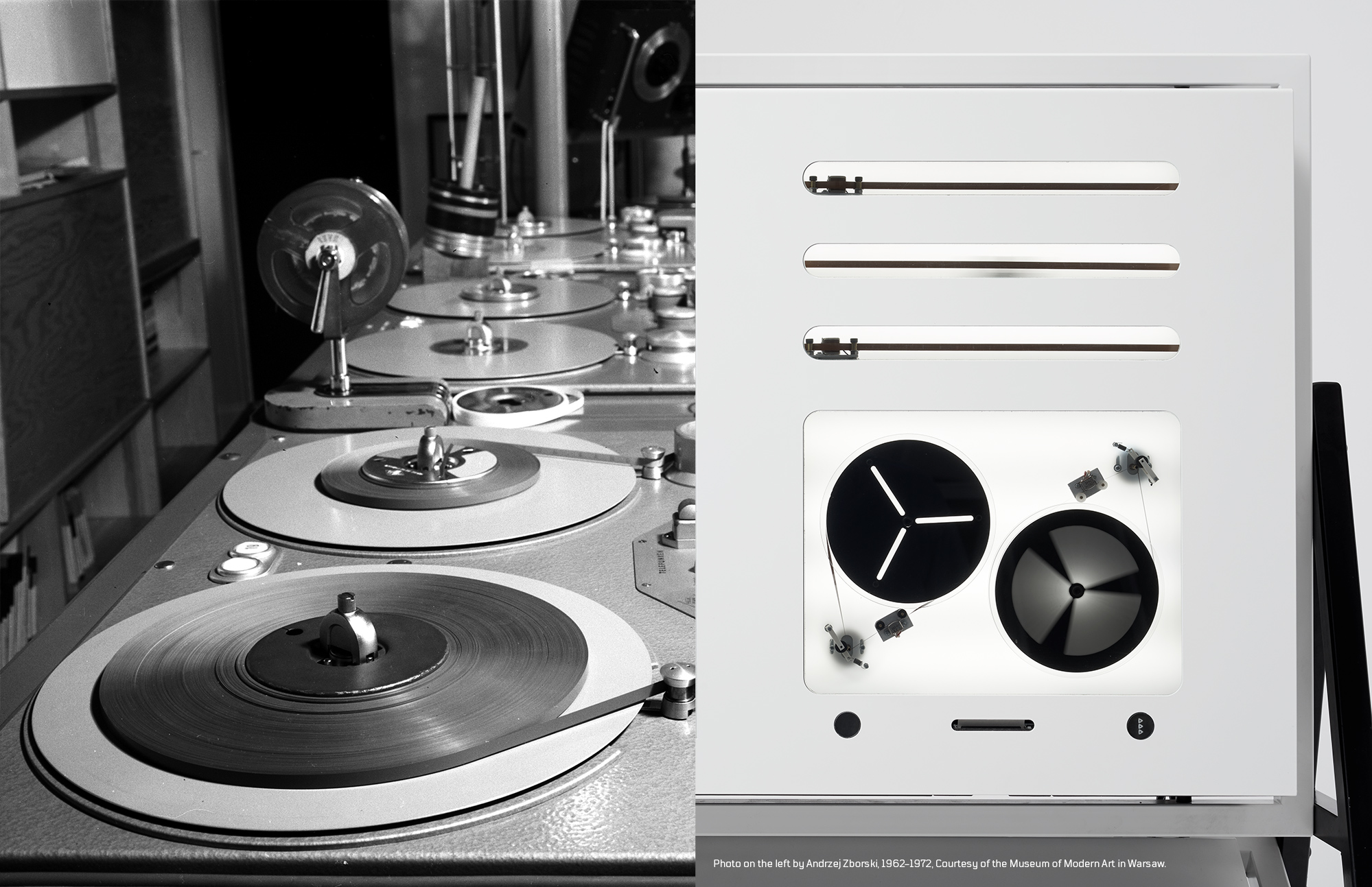