the wall
of sound

The Wall of Sound is an interactive audiovisual installation commissioned by Katowice Street Art 2019: Urban Sound.

The installation is an experiment in bringing the tools for creating electronic music – sampler / sequencer – into the public space and thus creating an open platform for music expression suited for broad audience. The spatial form corresponds with graffiti art but few more layers are introduced – interaction, light and sound. The main component of the setup – hexagonal node module – allows you to record and play the sound. Thanks to the numerous links between the nodes virtually endless variations of the sequences consisting of the peoples voices are possible. The open dialogue with the audience brings the installation to life, saturates it with meaning and allows it to evolve day by day constantly bringing new voices and new sequences into the mix.

And now for some technical stuff. We’ve designed custom PCB’s based around popular ATmega 328 (nodes) / ATTinny (links) microcontrollers
and some cheap sound recording / playback chips that are giving the whole thing a lo-fi vibe. Each module is independent and there is no
central control of the whole setup – only the power needs to be supplied for every nth module, each node can trigger its neighbour pointed by the orientation of the rotary encoder. Such approach allows for potentially limitless amount of nodes and huge flexibility in terms of the layout of installation. The sound recording chip could potentially be easily replaced with custom sound generator, so some other variants sound-wise should be possible in the future. 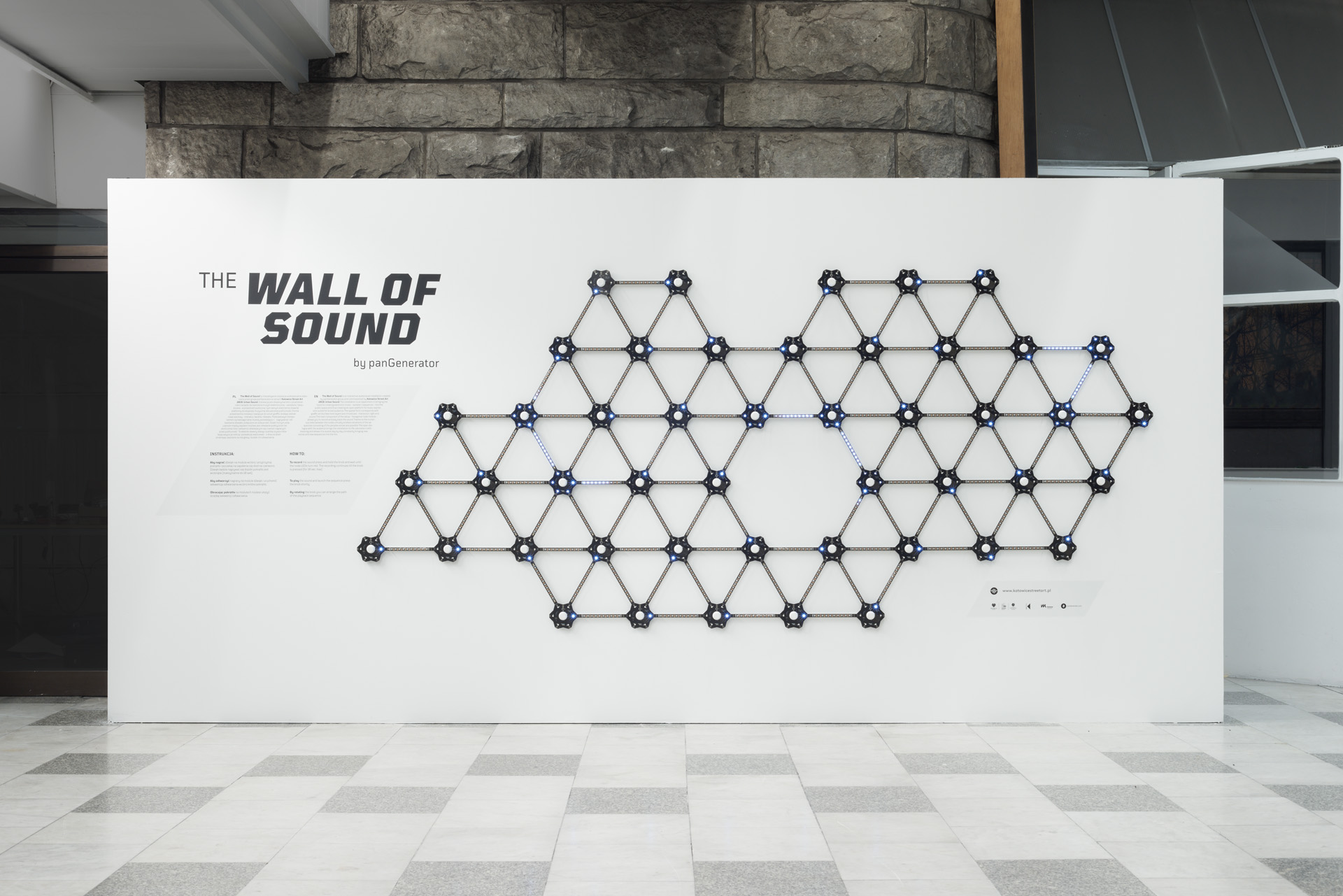 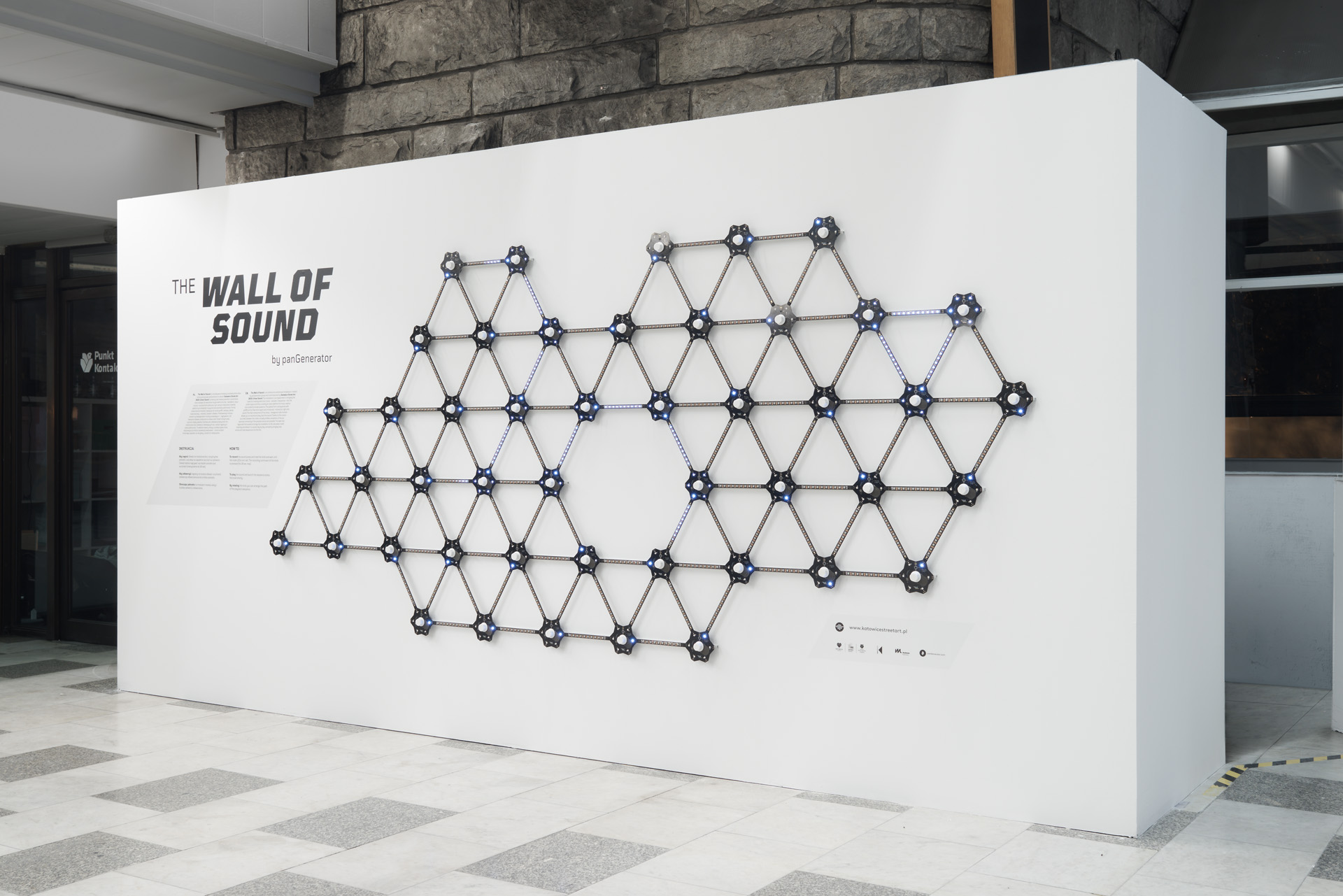 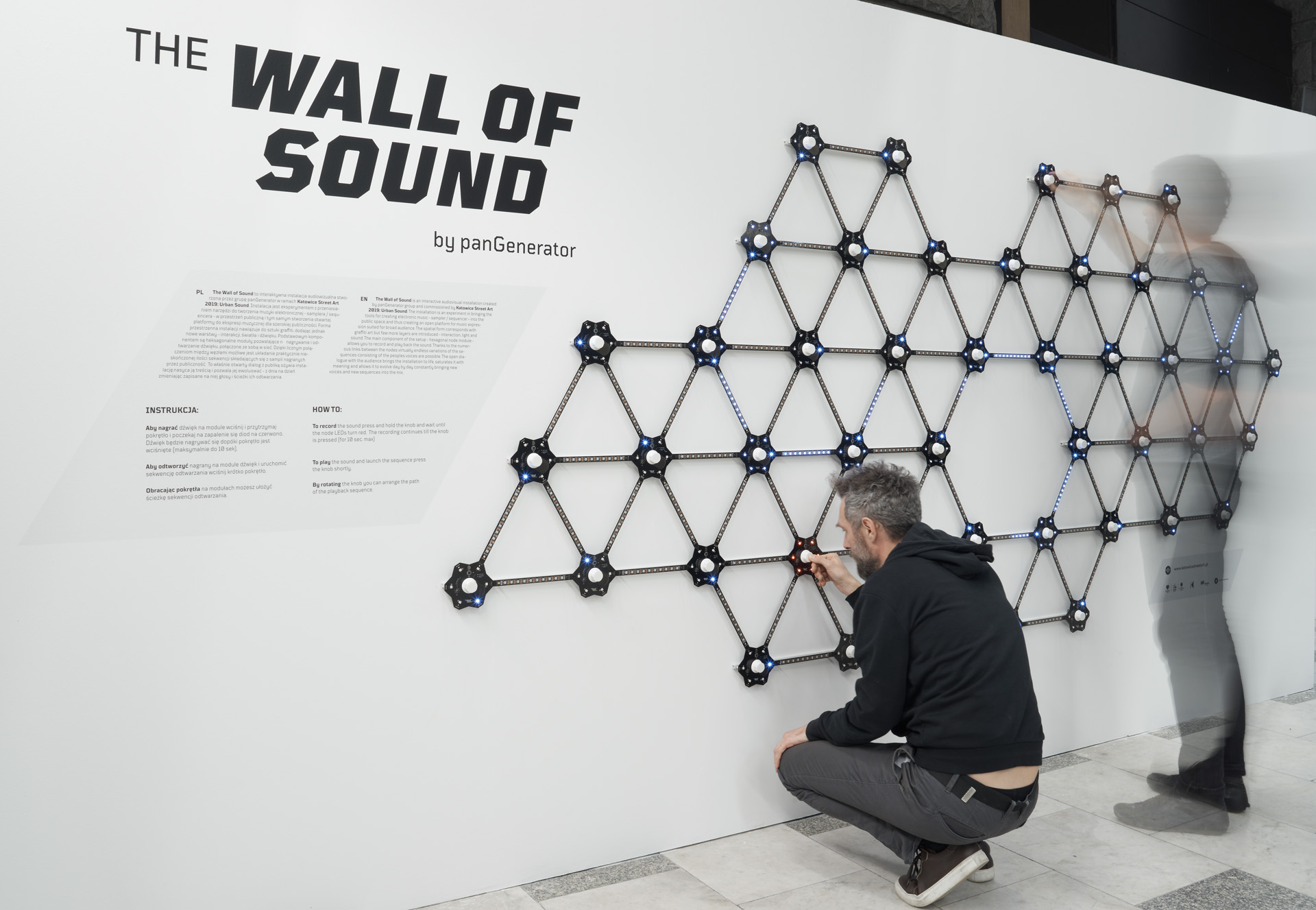 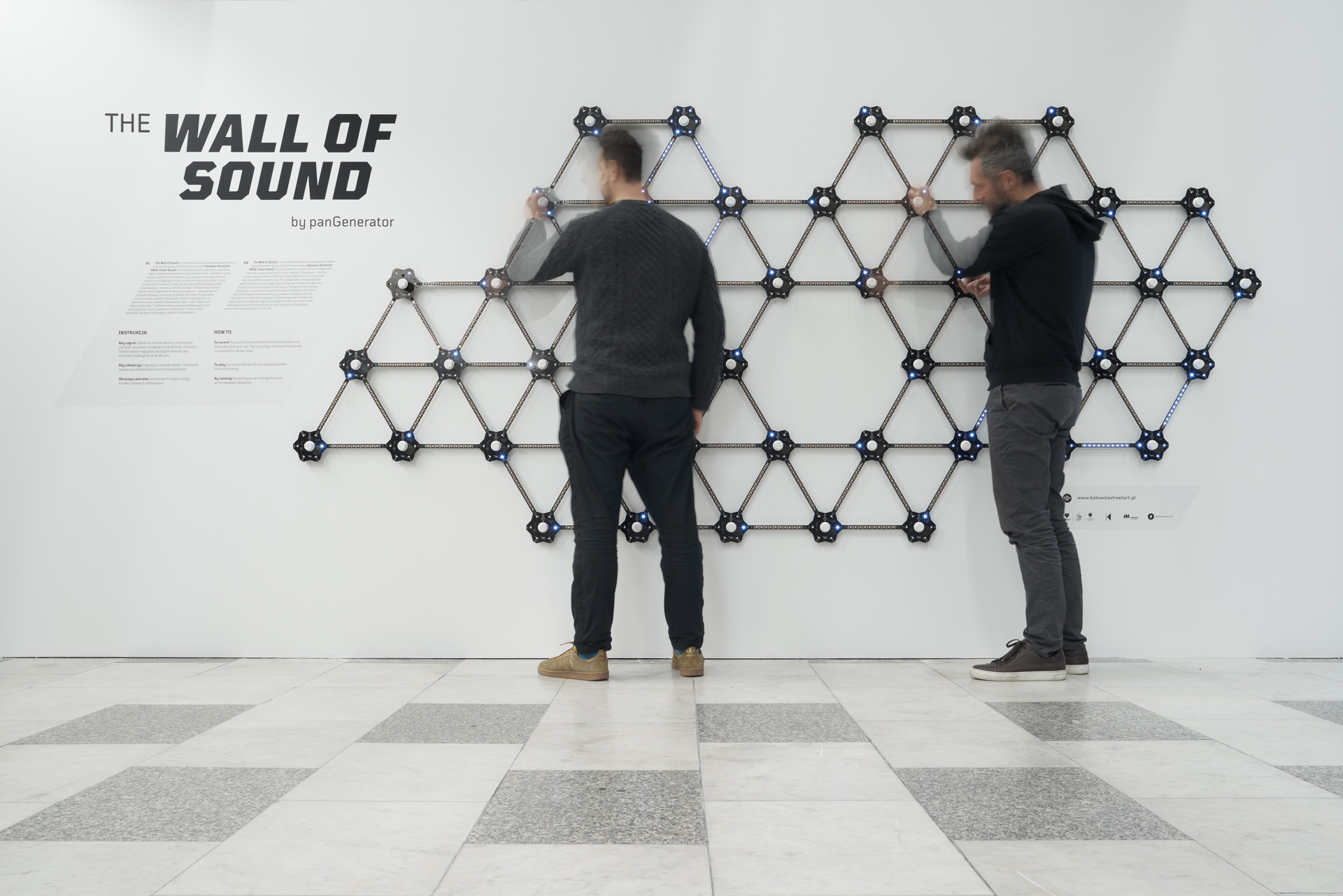 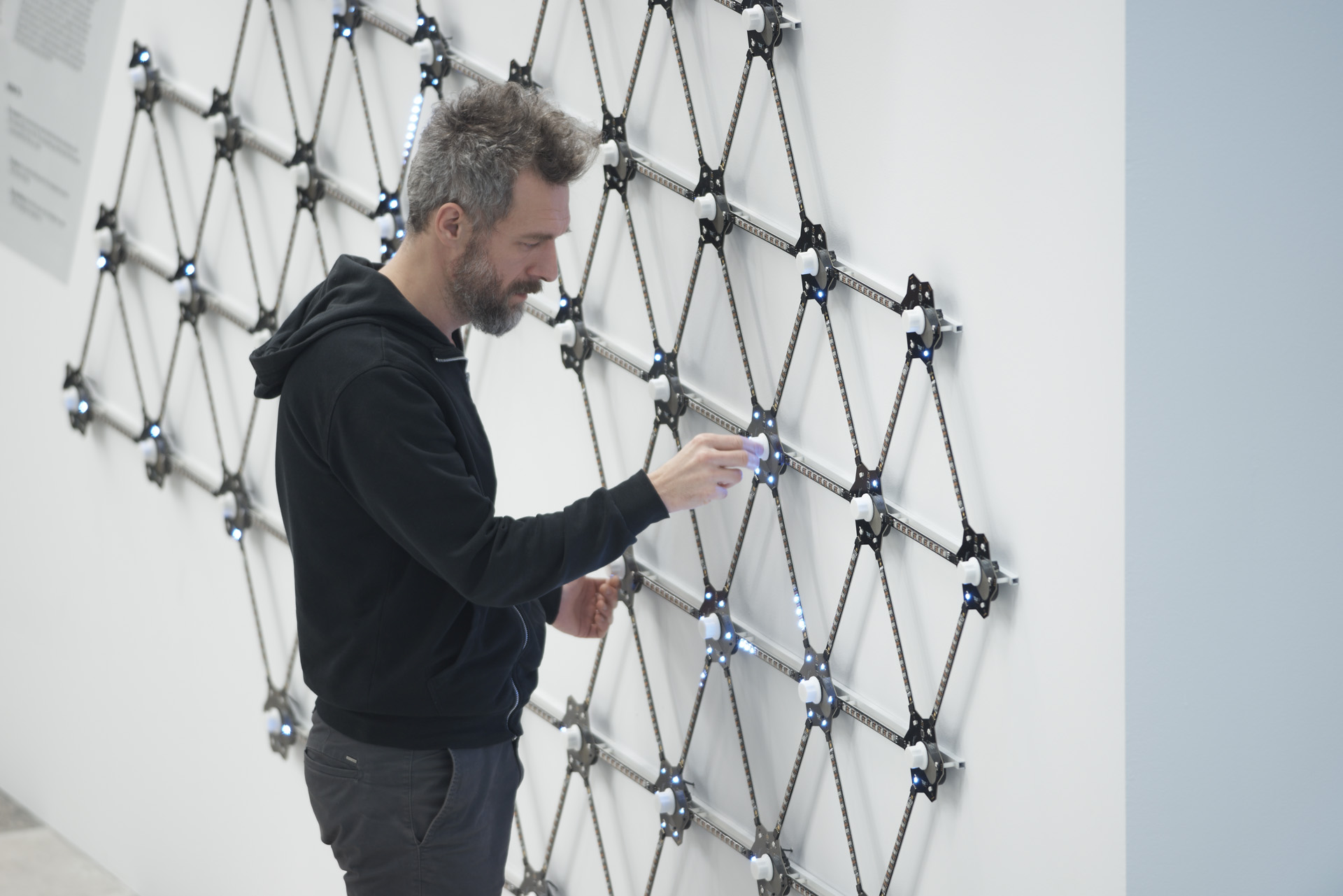 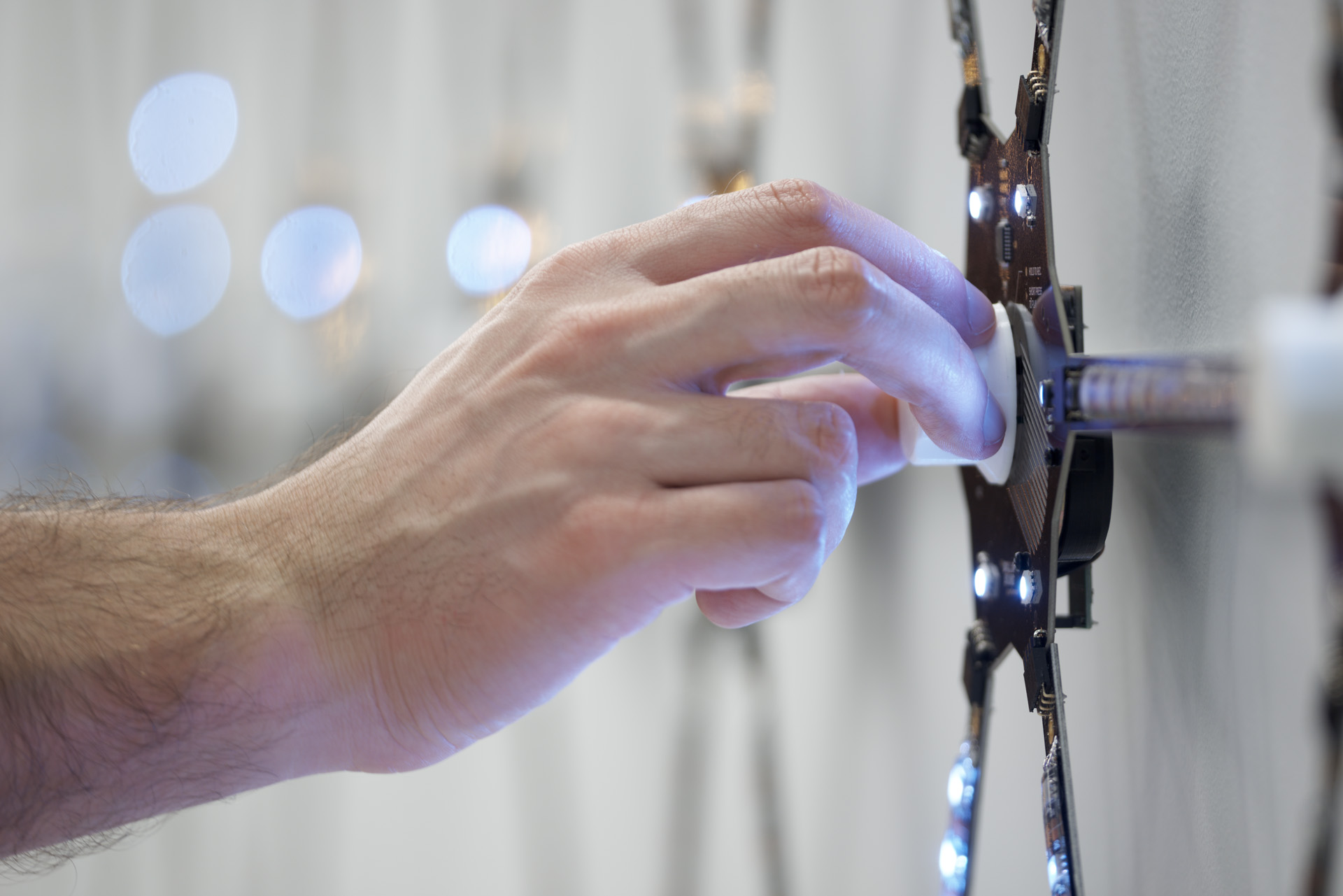 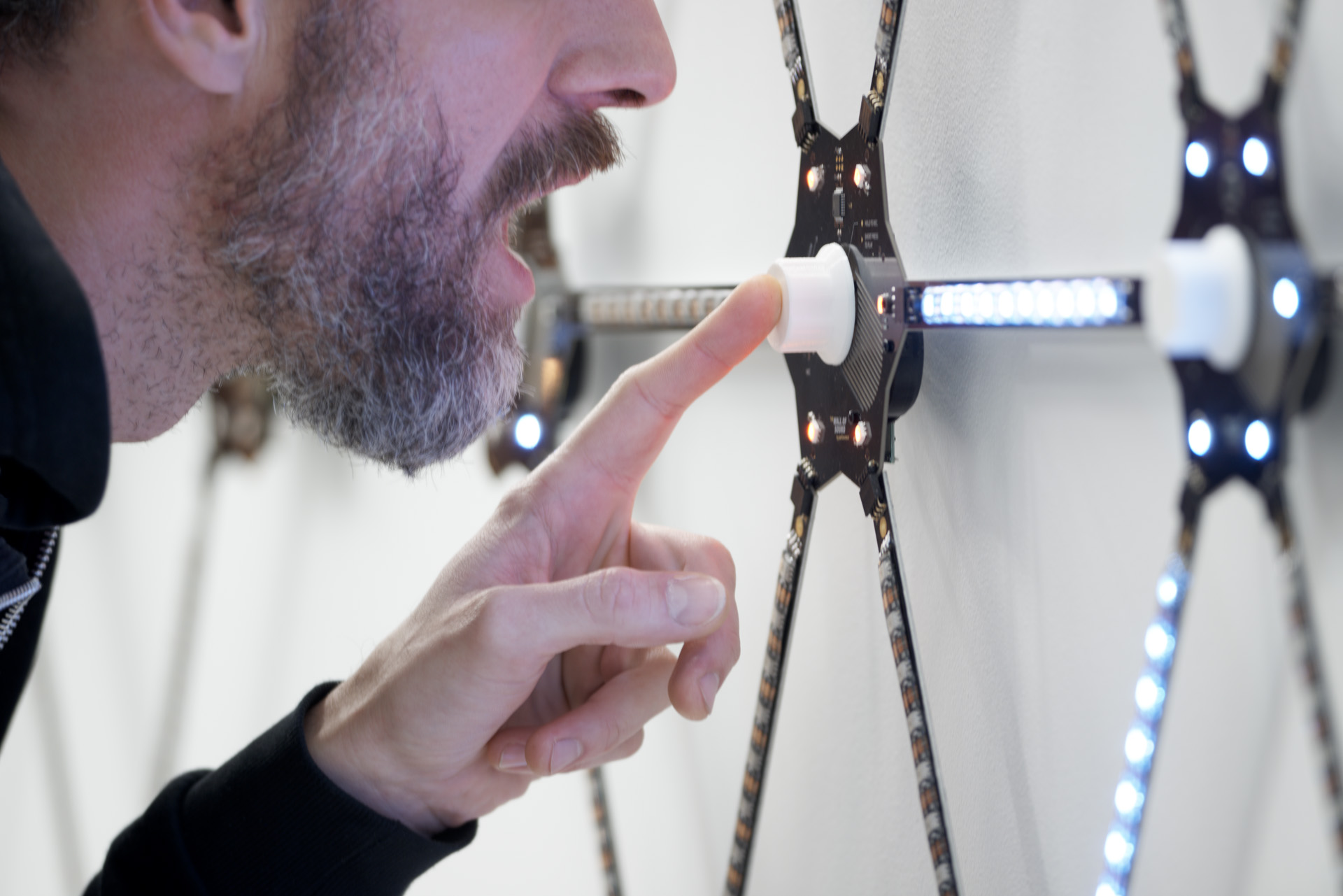 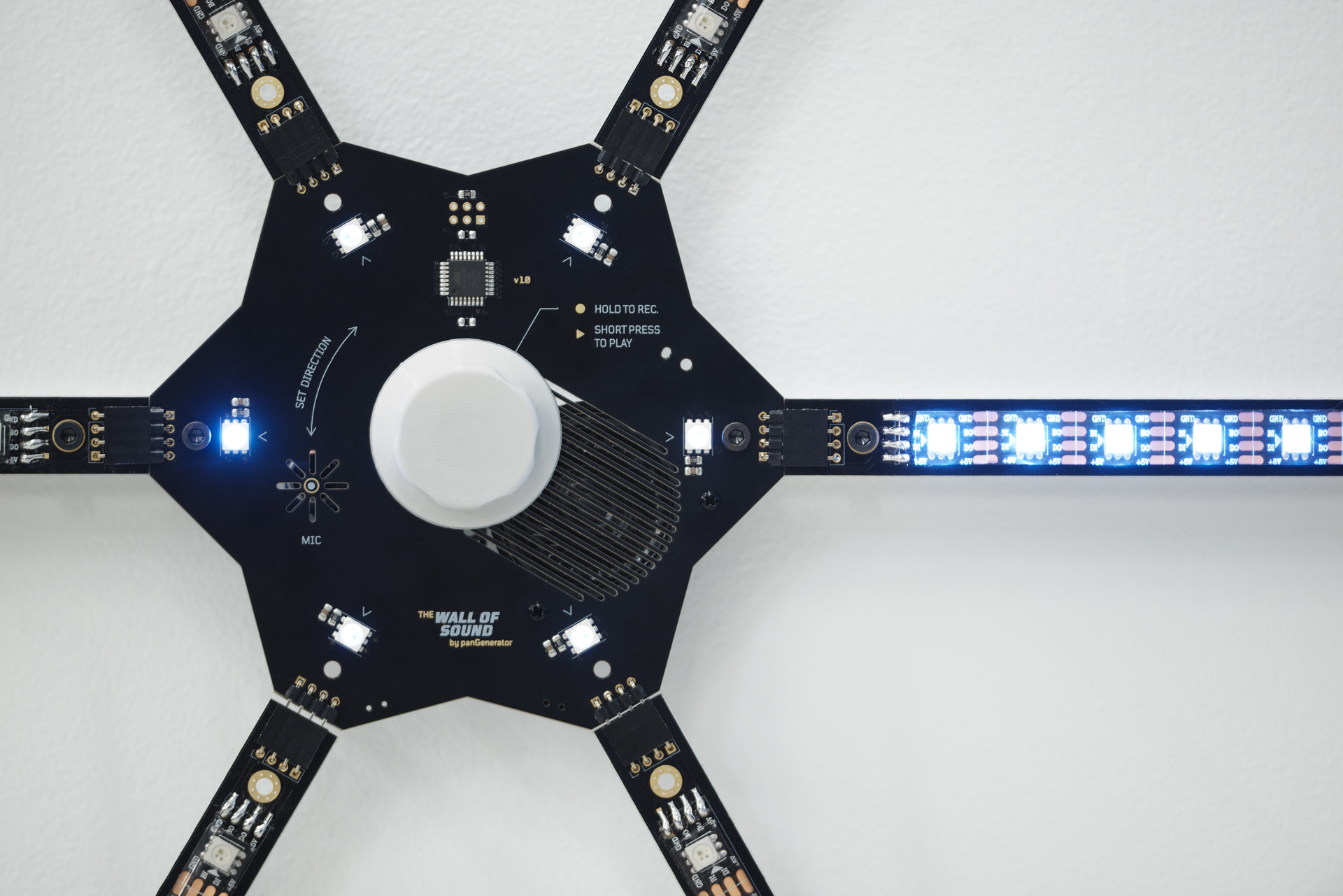 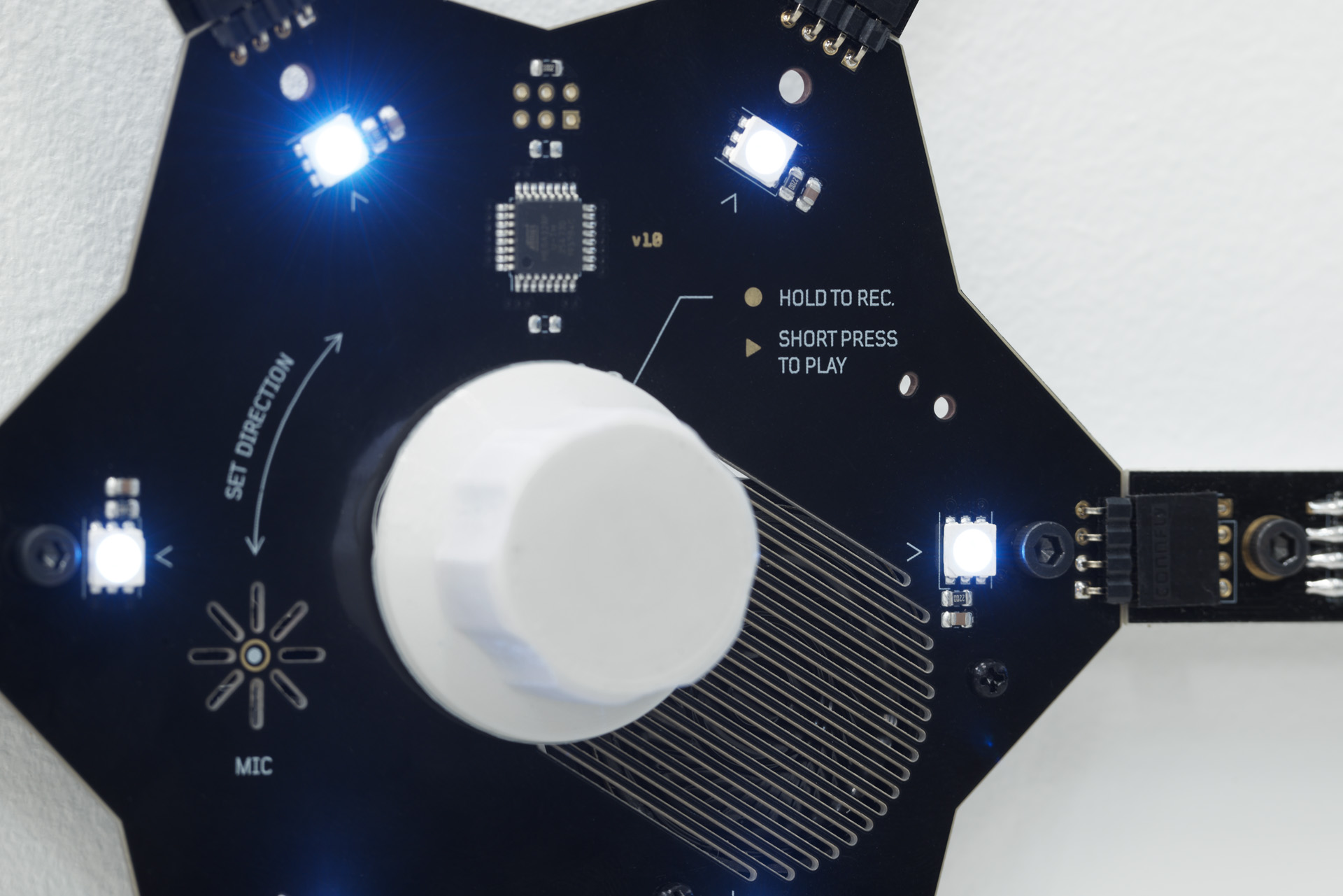 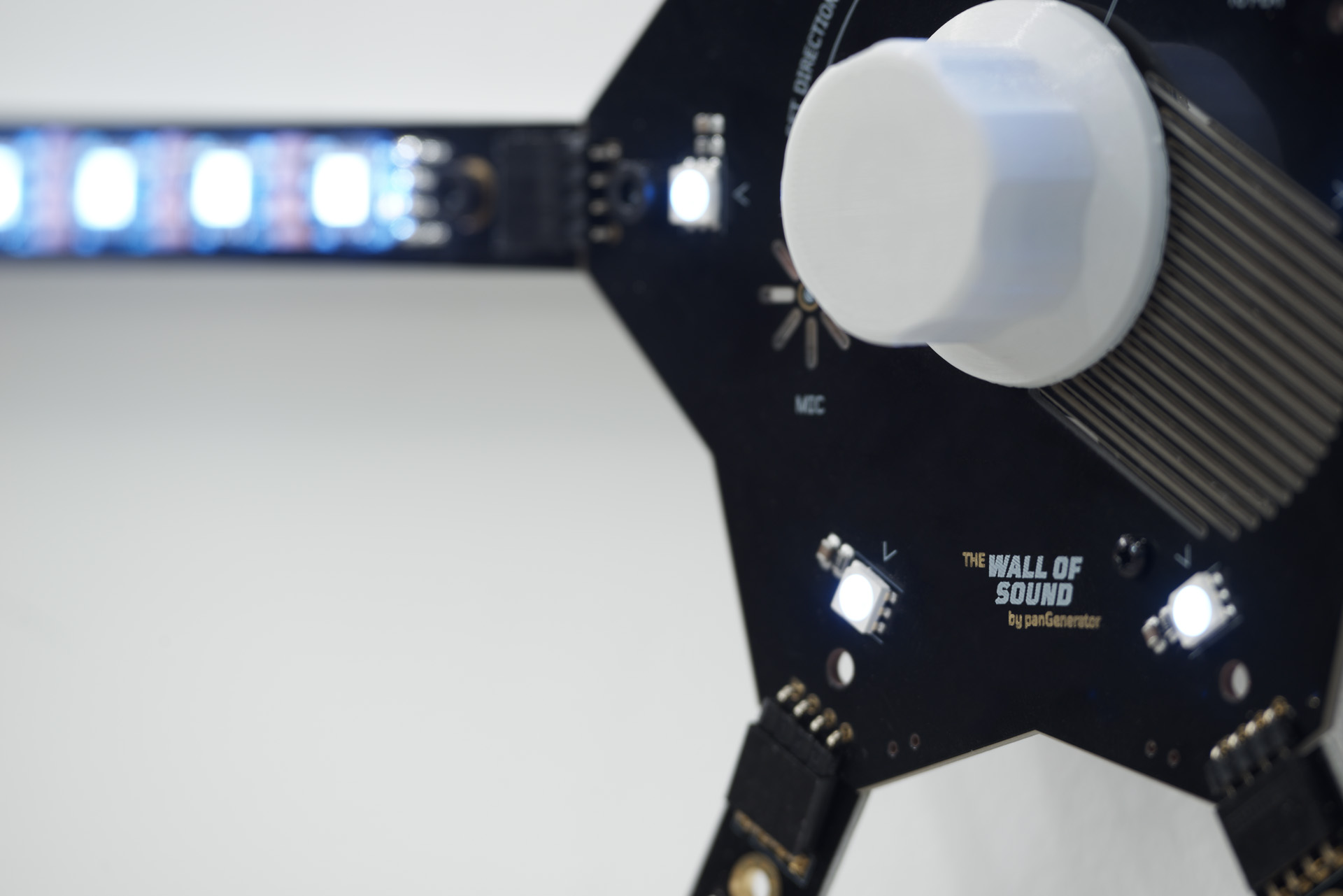 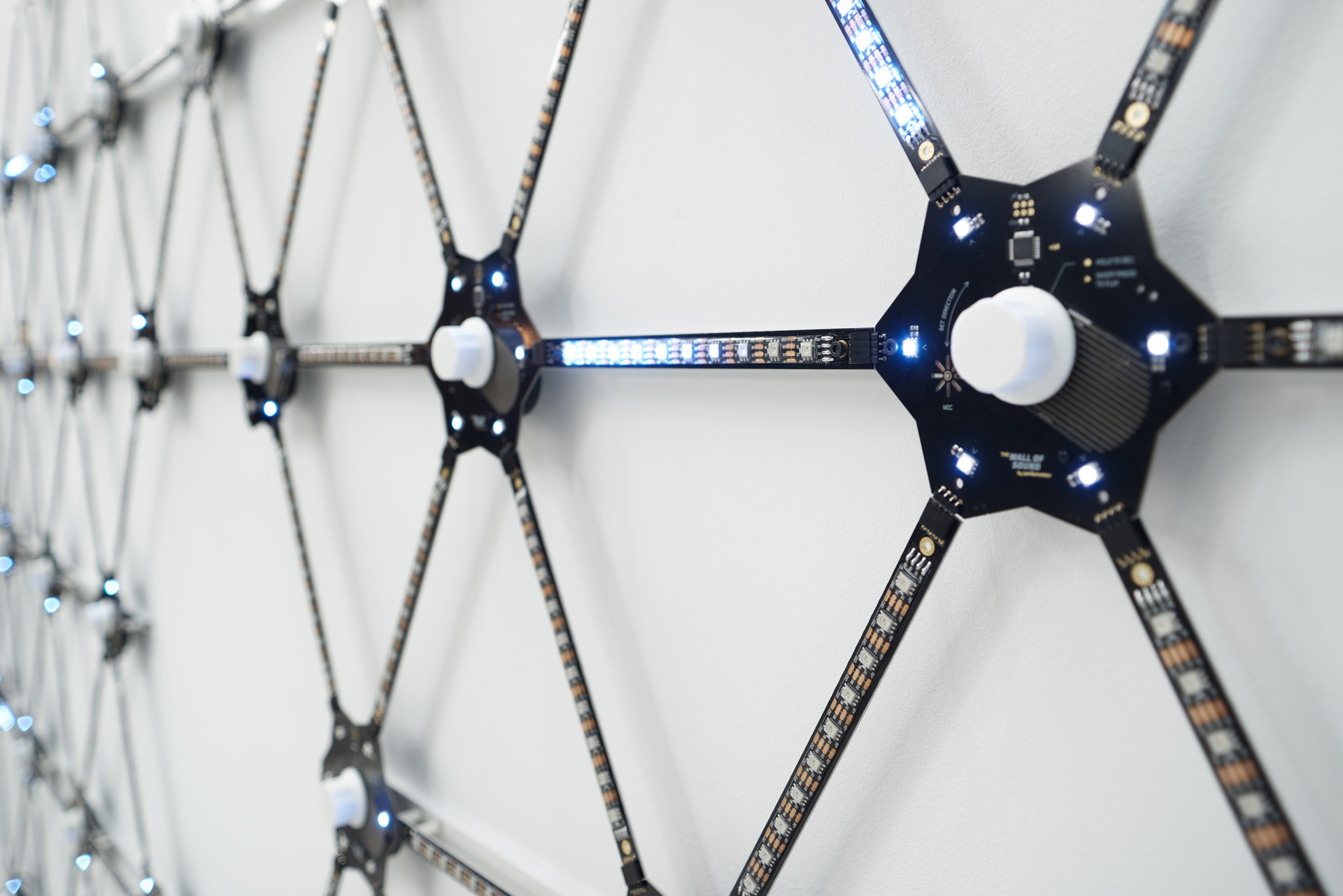 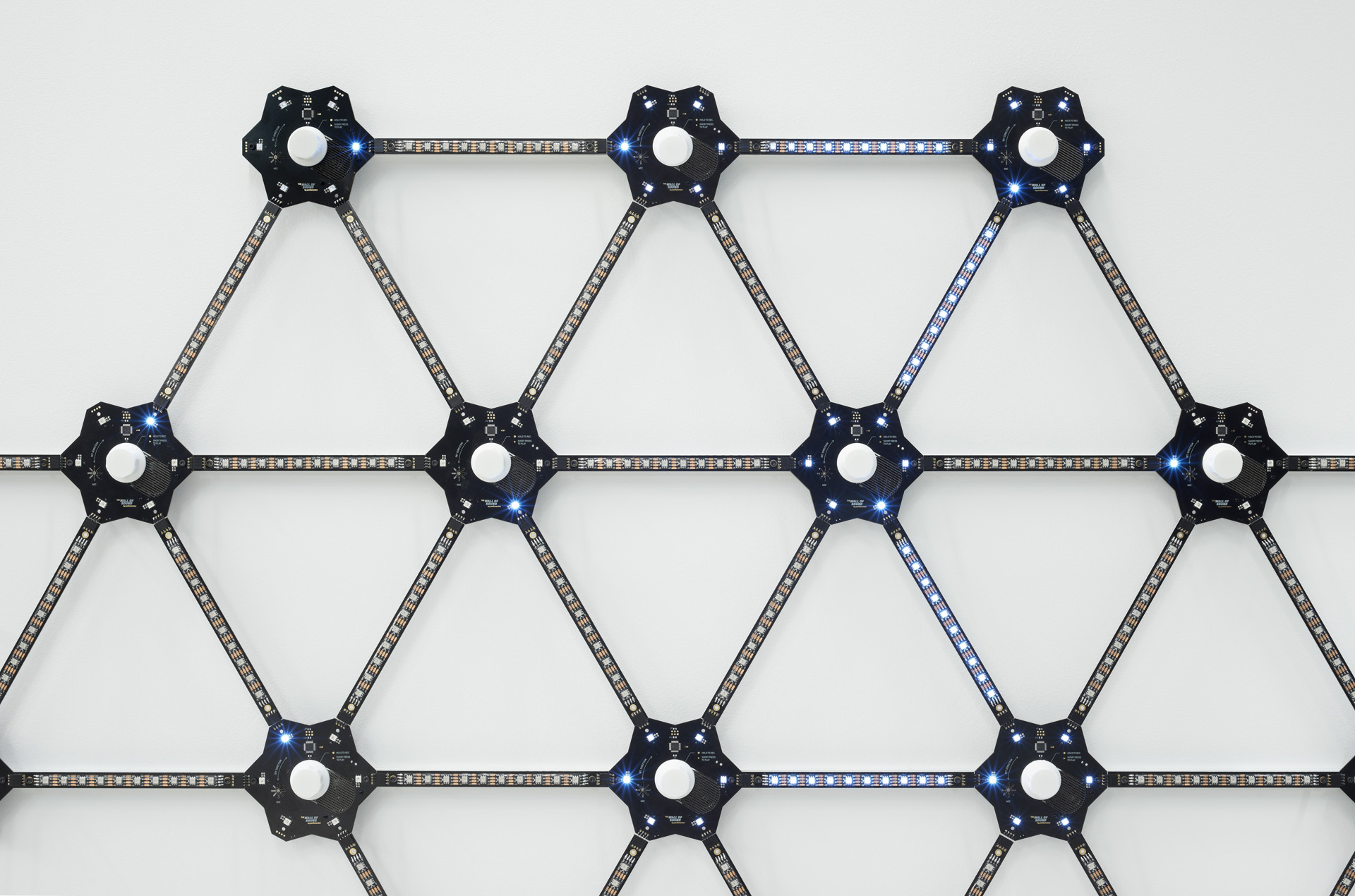