Tencent approached us with a request to interpret real-time data of the traffic in Shenzhen in the form of interactive installation in public space. We’ve reached for nature-based inspirations – mesmerising aesthetics of the ever evolving shapes and patterns of motion that can be observed in flock of birds and shimmering schools of fish. Such phenomena seemed to be a fitting metaphor of the dynamics of the city inhabited by 13 milion people where distinct patterns of behaviour are emerging from the independent actions of individuals.

The installation consists of 451 independent modules arranged in a form of hexagon – each module reacts to light it receives by spinning iridescent disc that spreads out thanks to centrifugal force, creating a unique kinetic “physical pixel”. That field of shimmering pixels is combined with light projection mapped onto the installation surface to visualise real-time data of the traffic in the Shenzhen area – the hexagon is divided into sections corresponding the 9 city districts. As a result the public can observe and interact with the object that represents the pulse of life of the city in an artful and unexpected way.

Thanks to the great team of OUTPUT – a new media art & design agency that represents us in China for making this project possible – their support and production oversight in challenging times of the pandemic. 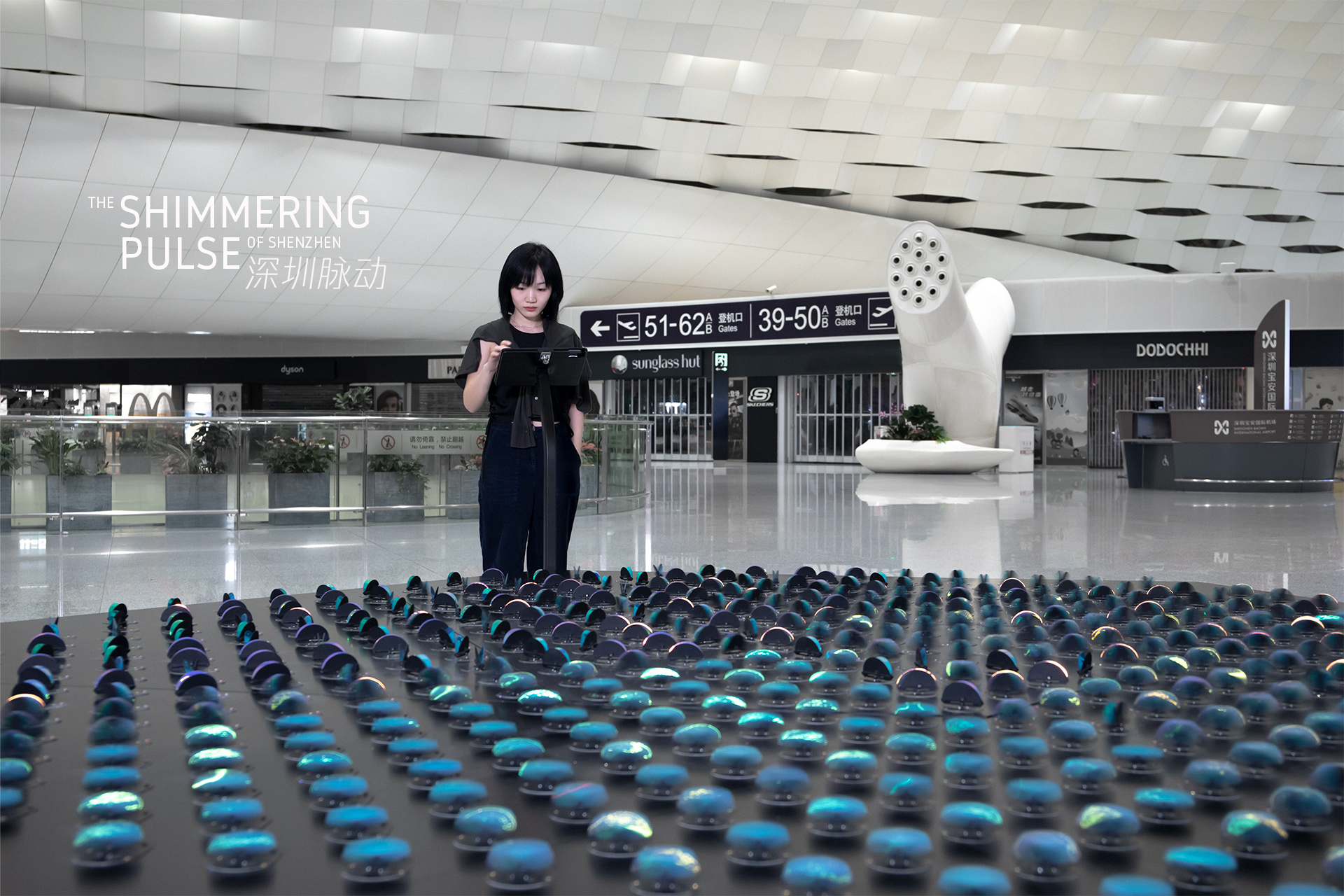 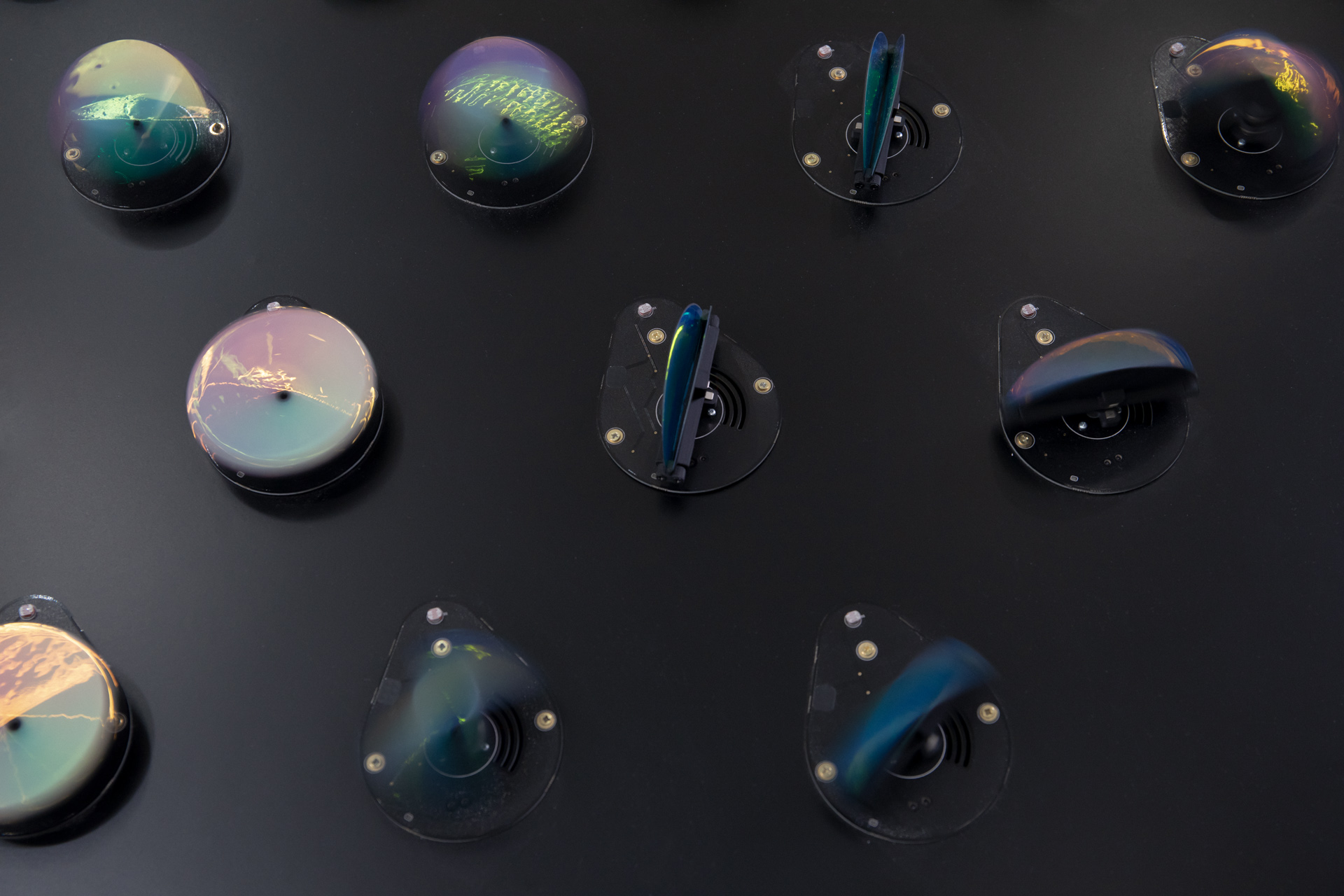 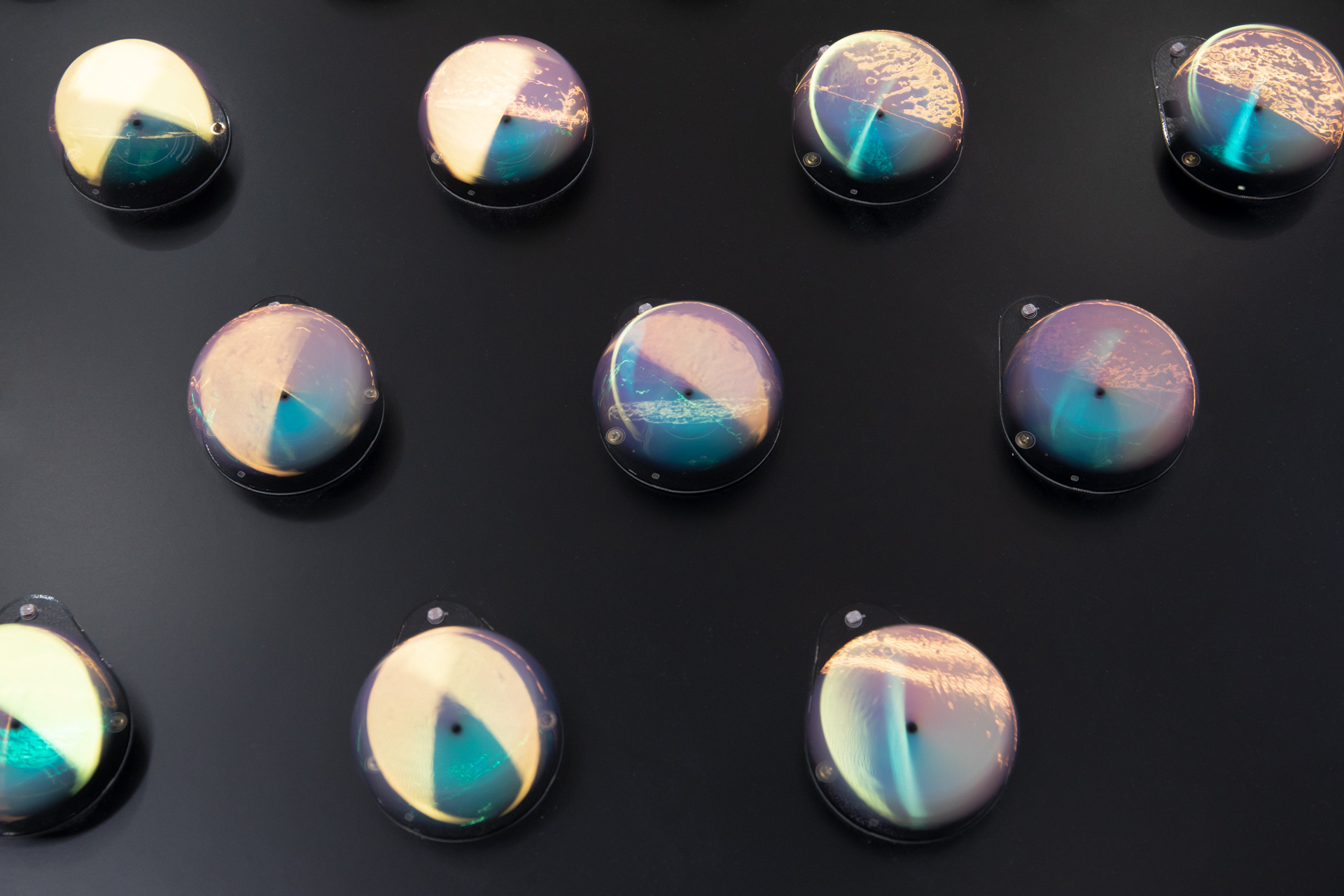 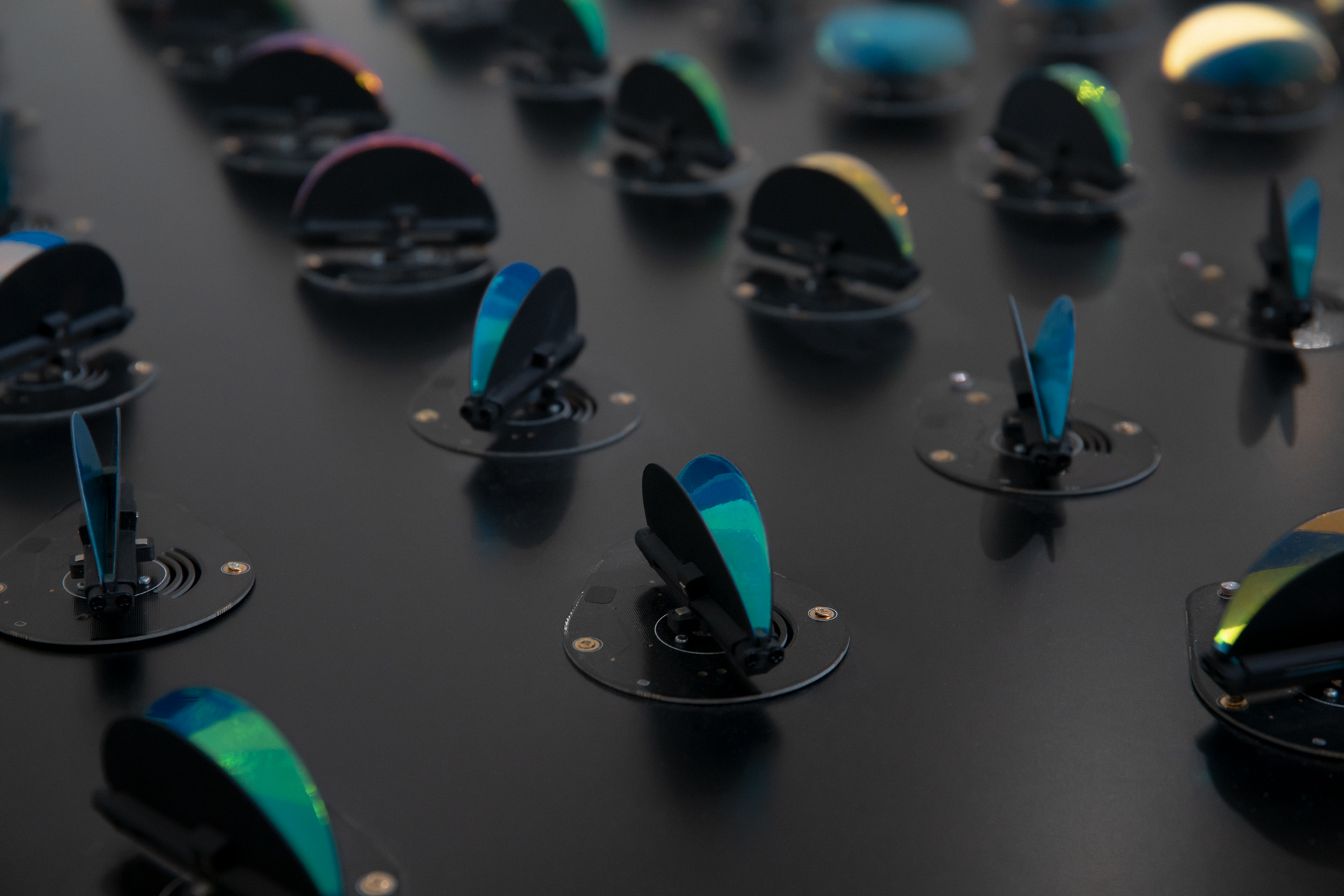 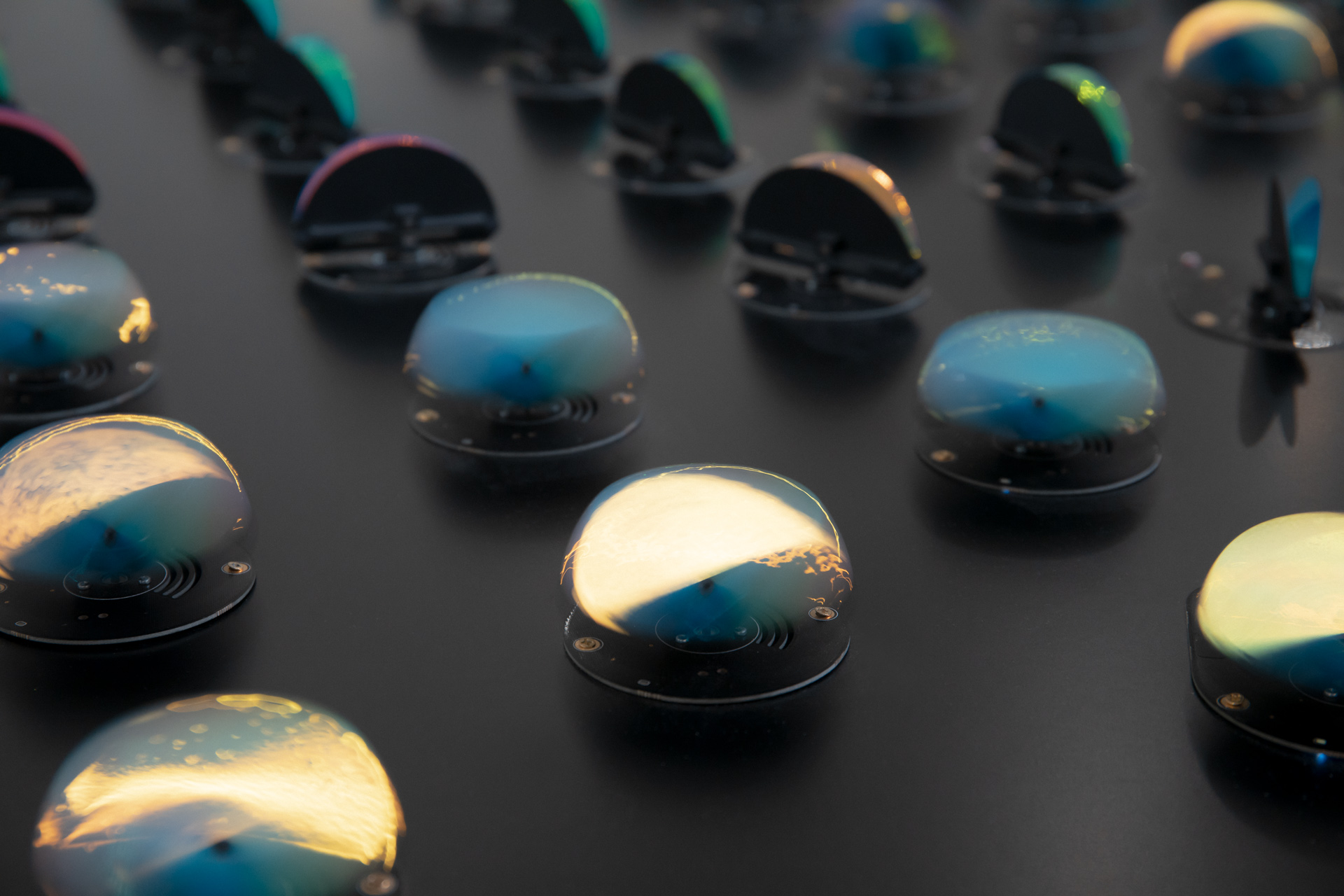 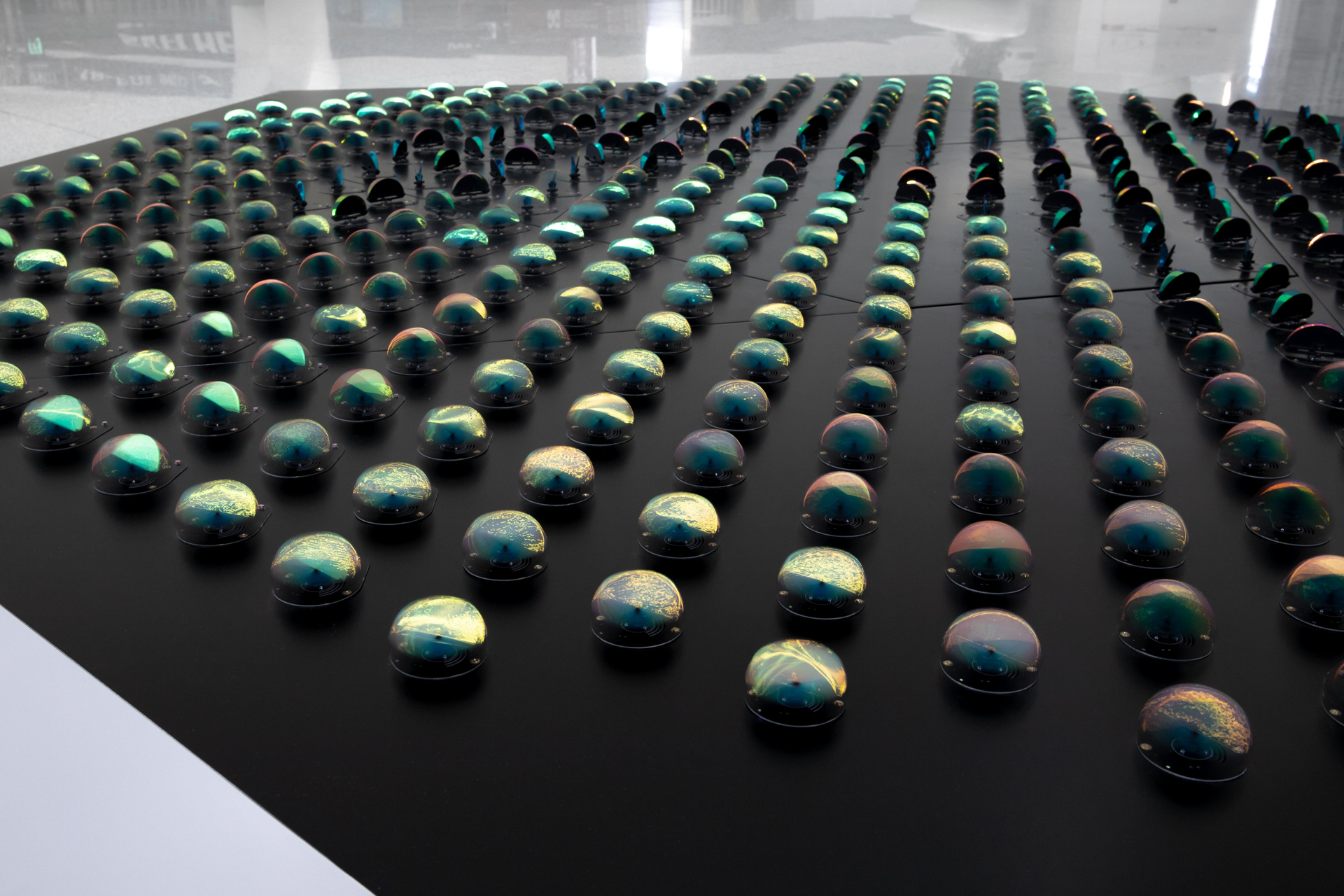 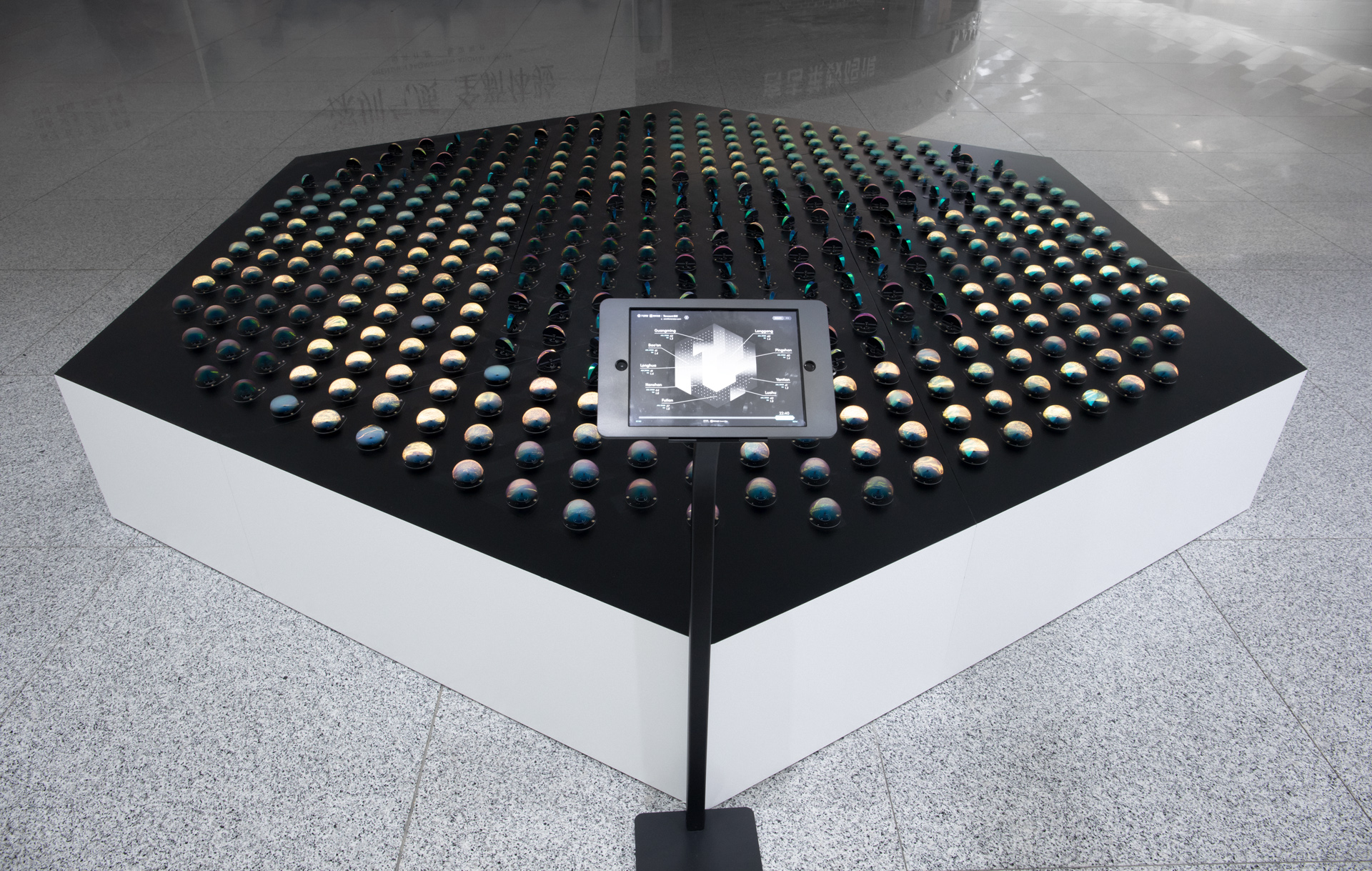 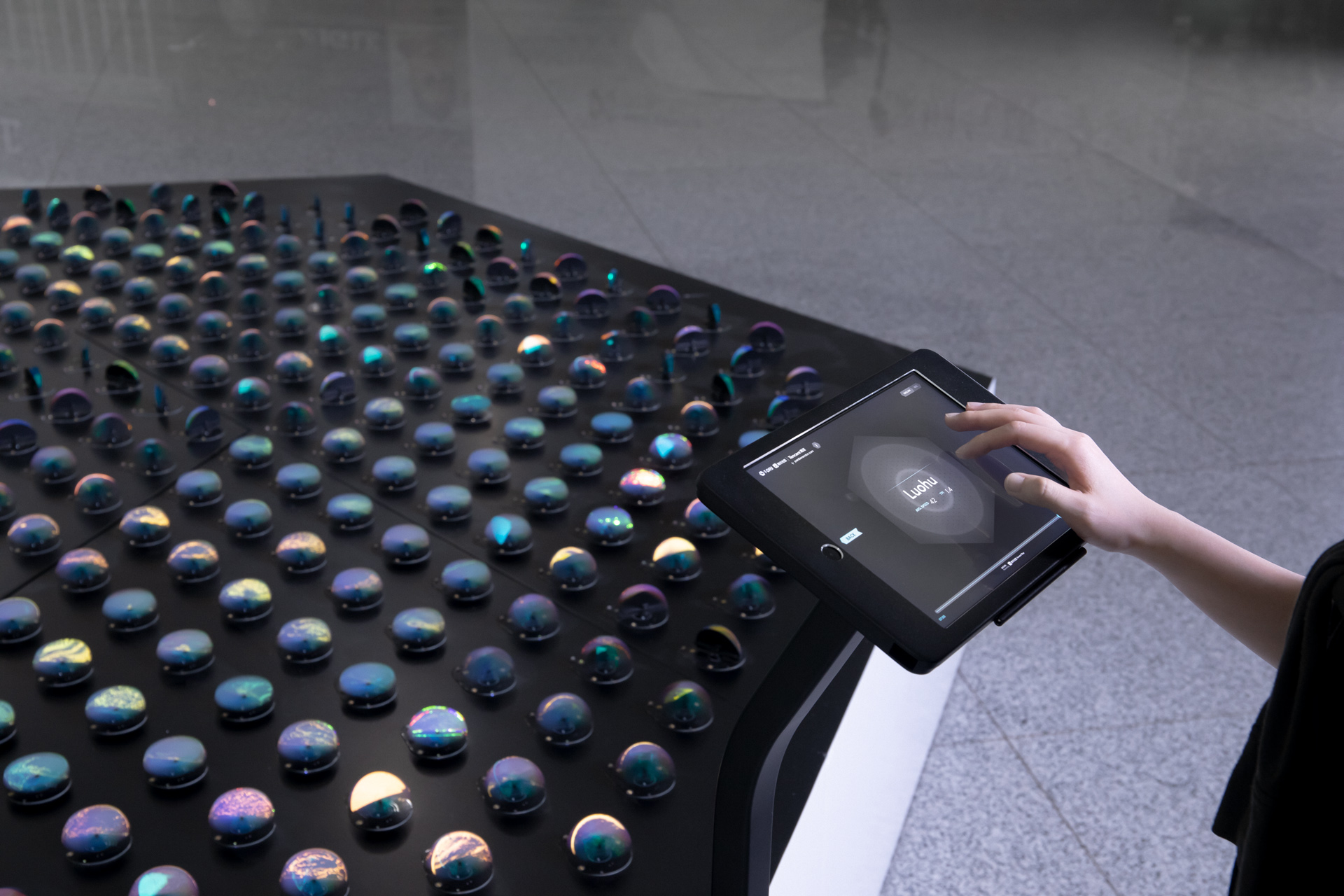 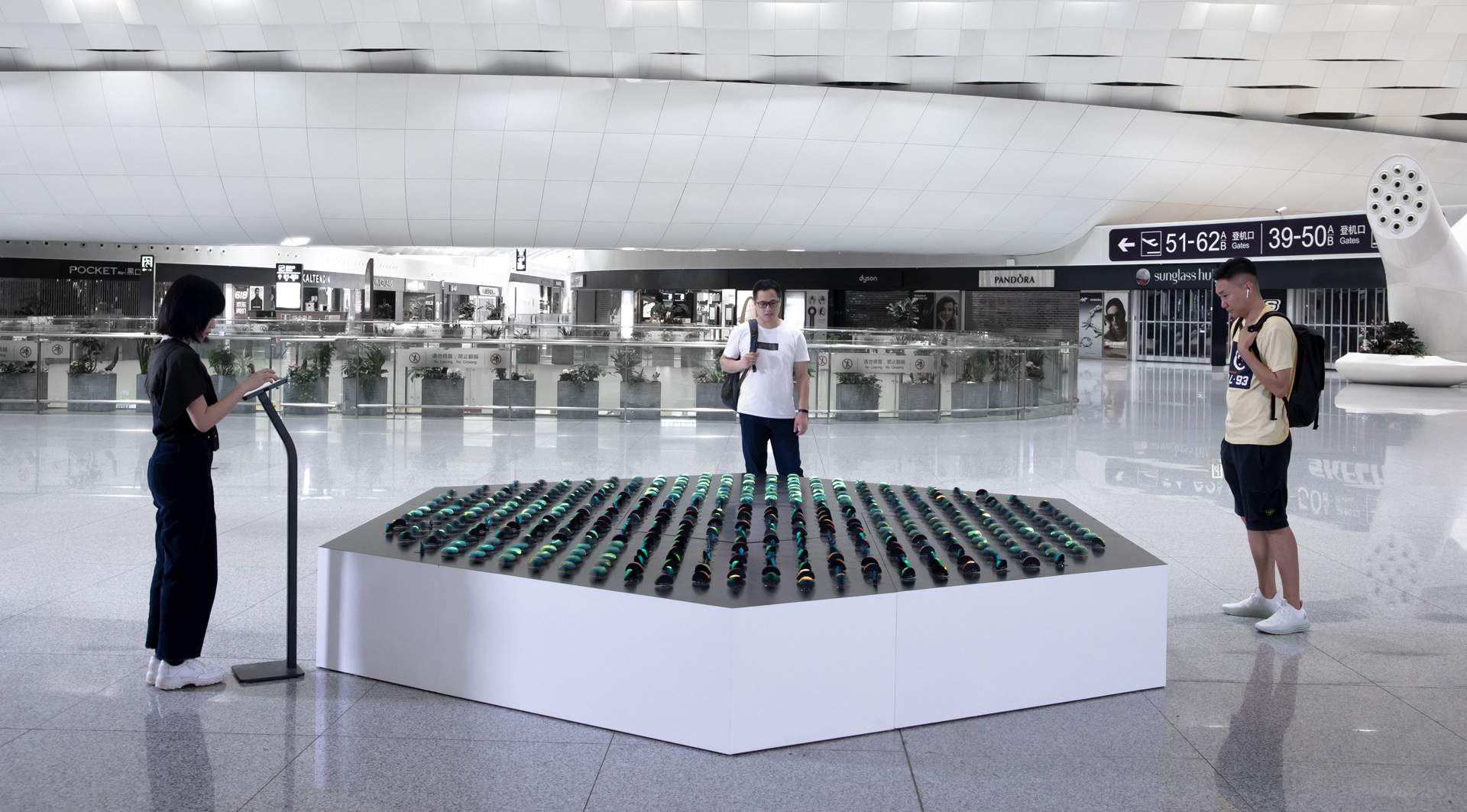 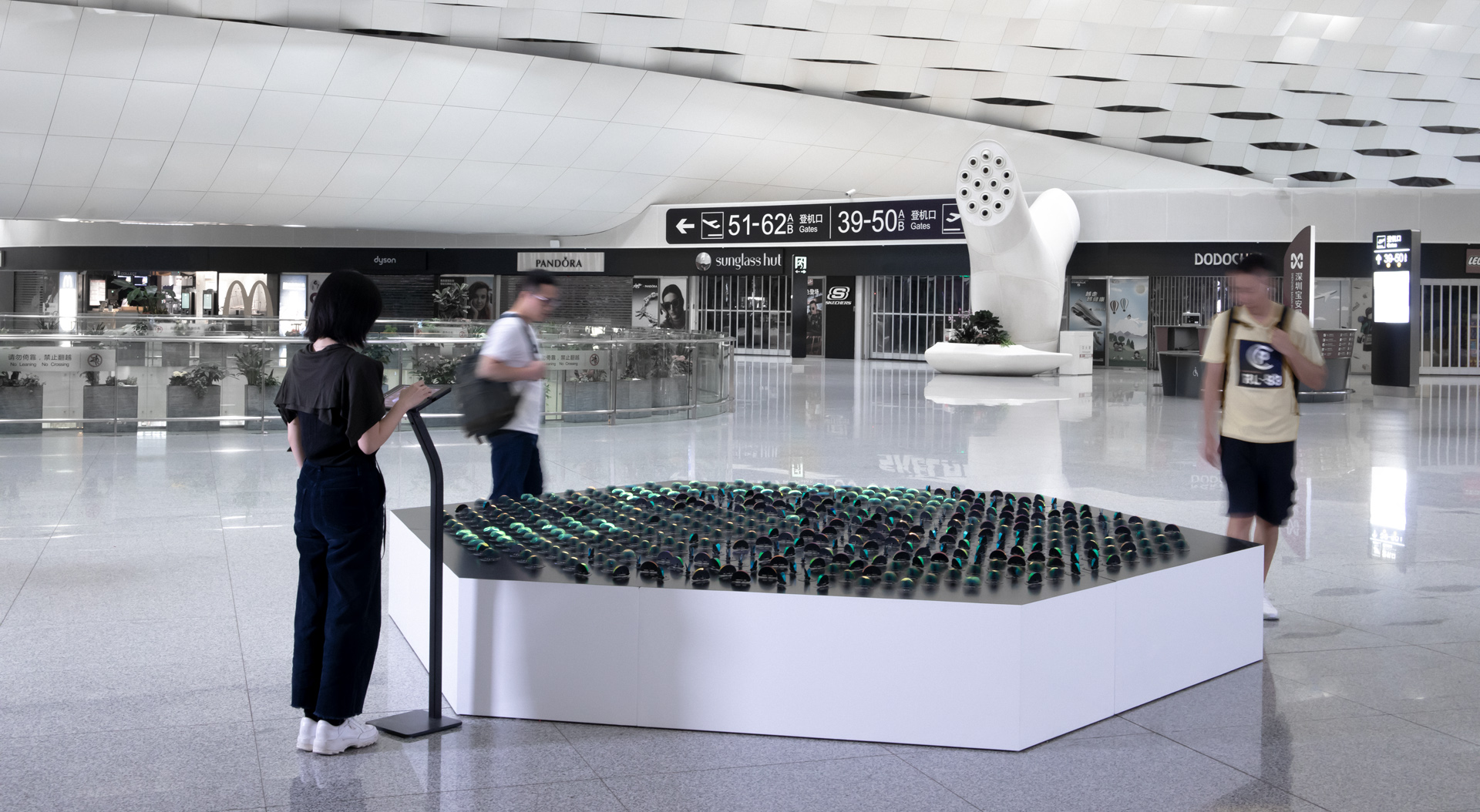