An interactive light sculpture commissioned by one of the biggest music festivals in Poland – “Męskie Granie”.

The installation consisted of 15 drums triggering the waves of light traveling towards a 3m helium-filled sphere floating above the area.
The audience was invited to drum collectively and together create an audio-visual spectacle – intensity of which depended on the speed and intensity of the drumming. That fulfilled the main goal of creating interactive art experience in which the audience can actively
participate in the event rather than just passively enjoy the music, gathering and playing together.

Production-wise the installation was a huge undertaking – the whole area it occupied measured about 300 m2, custom made construction elements suitable for uneven terrain and quick assembly weighted about 2 tons. We’ve used about 200 meters of addressable RGB LEDs and developed all the hardware (apart from LED controller) and software from scratch in a way that allowed us to synchronise LED animations with the projection in response to user interacting with the drums. The whole setup was assembled and disassembled 7 times in different cities across Poland in a span of 2 months. It was probably the biggest interactive light installation ever created in Poland.

—-
photos in the gallery (apart from #1) by Jan Oborski 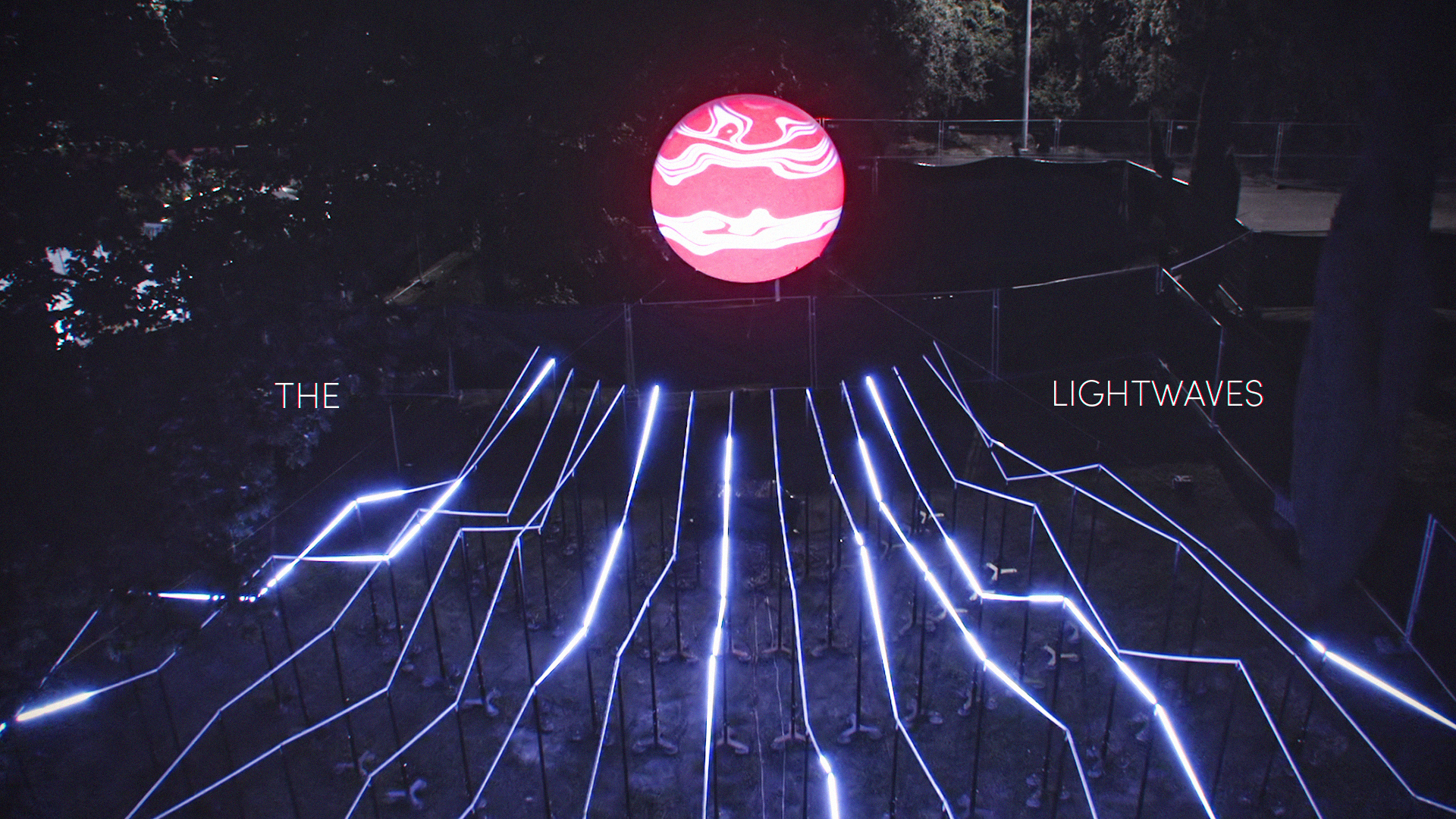 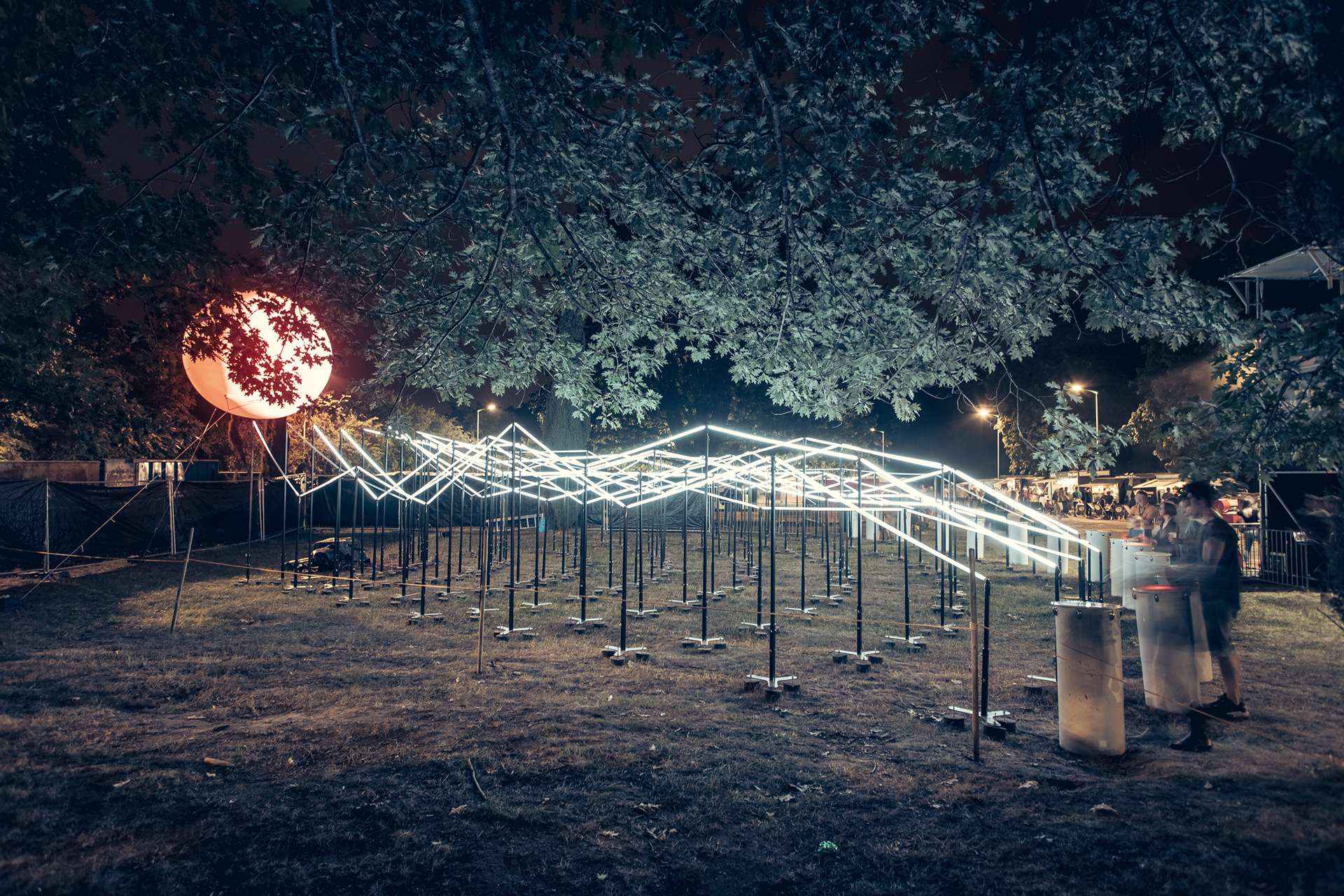 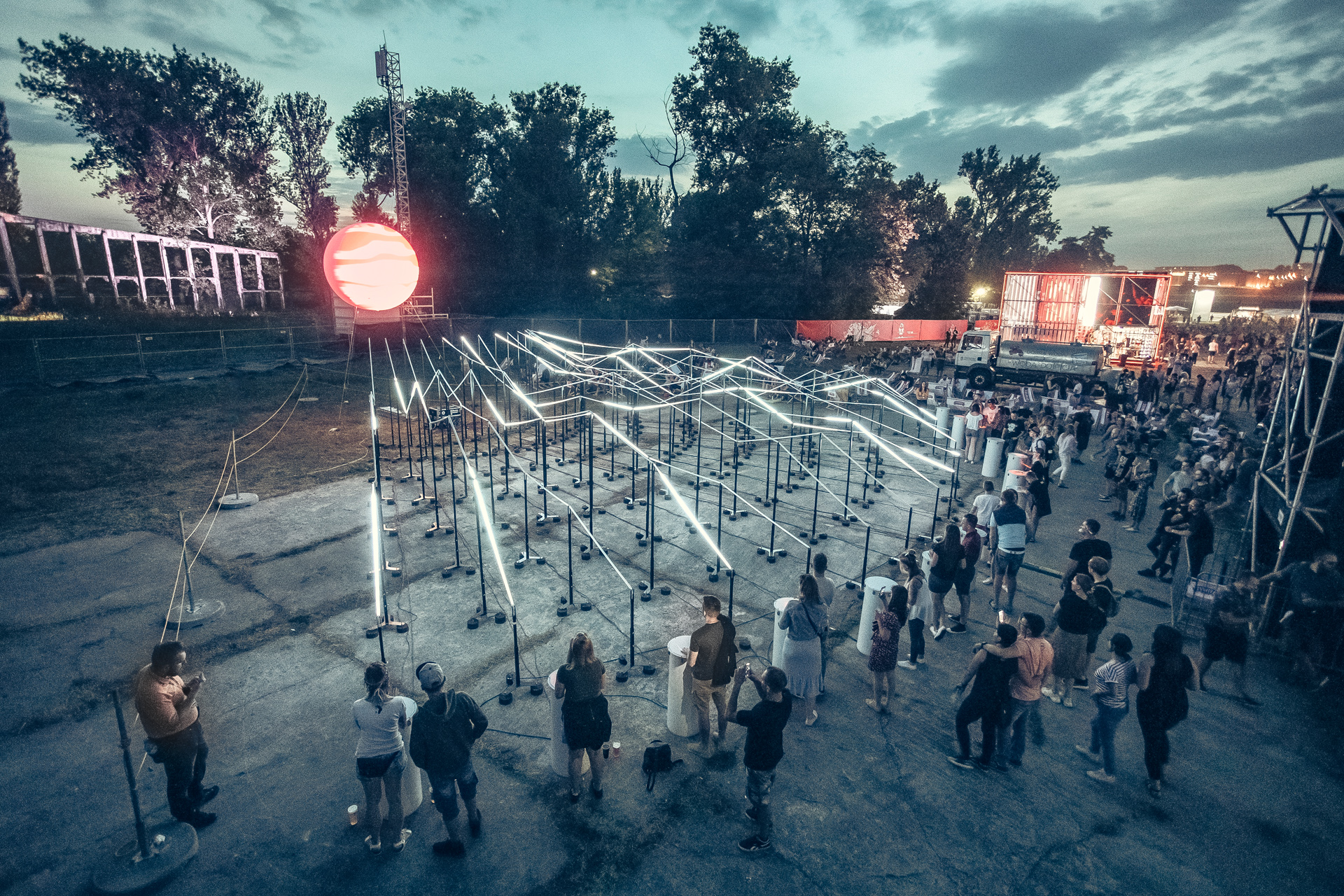 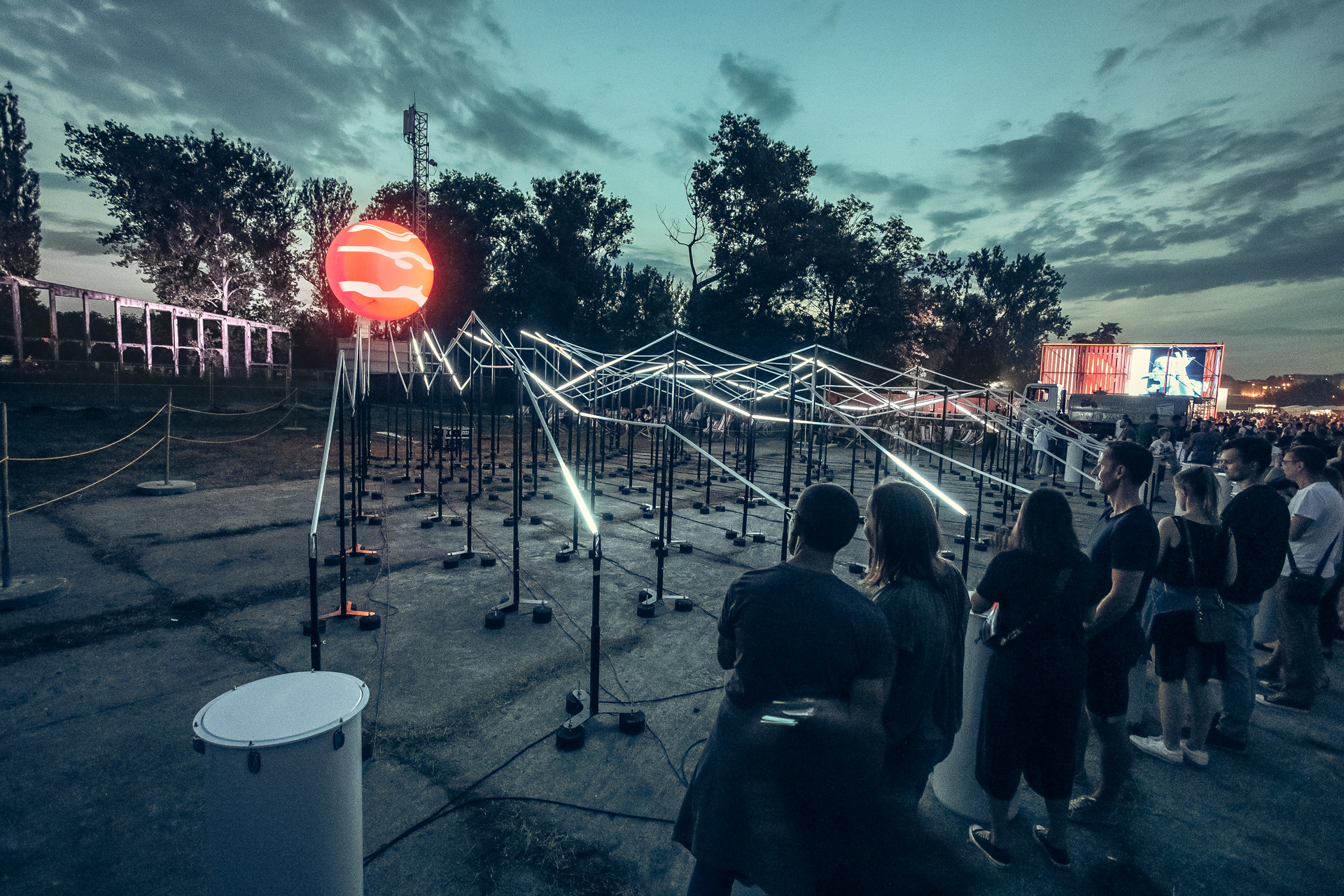 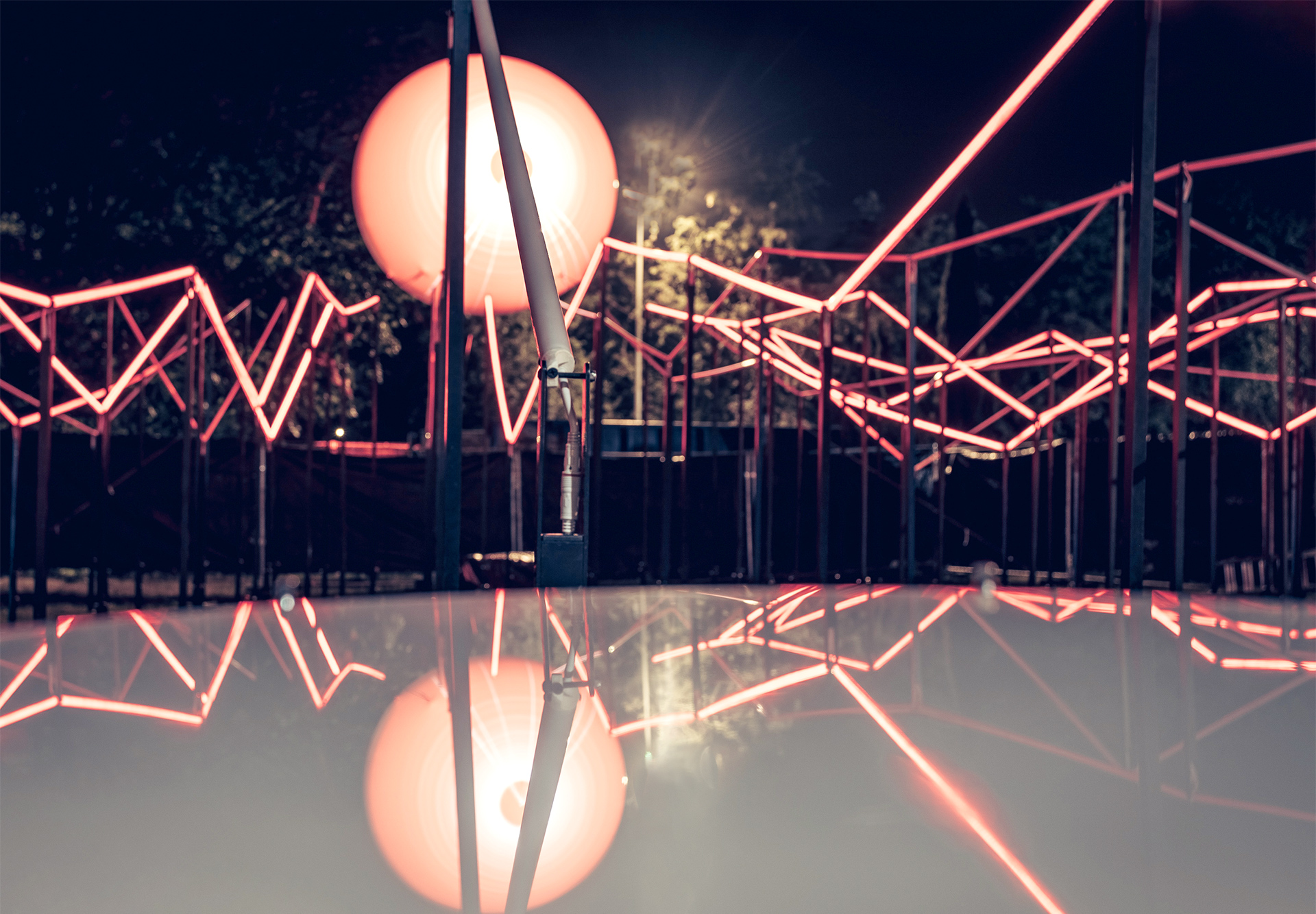 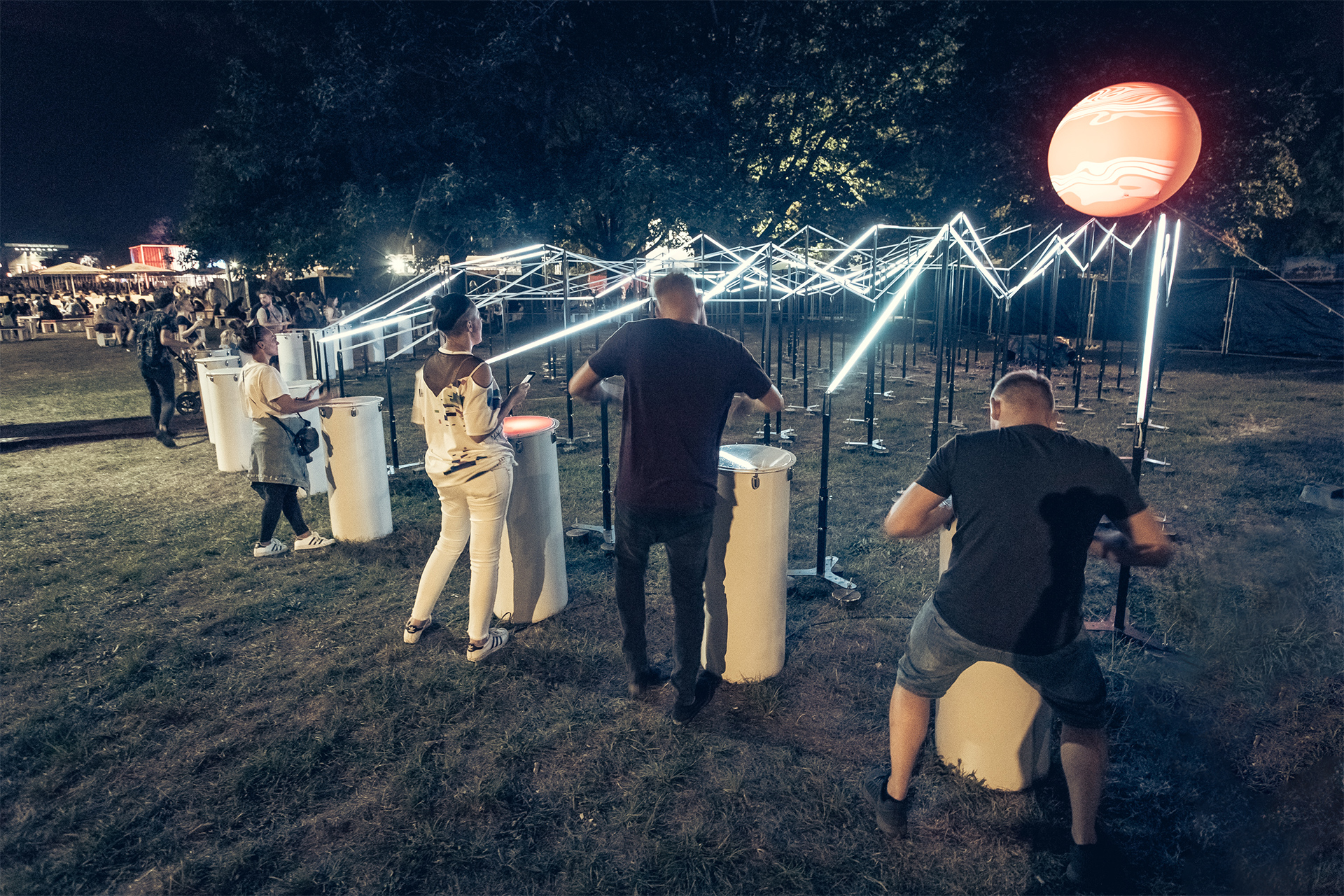 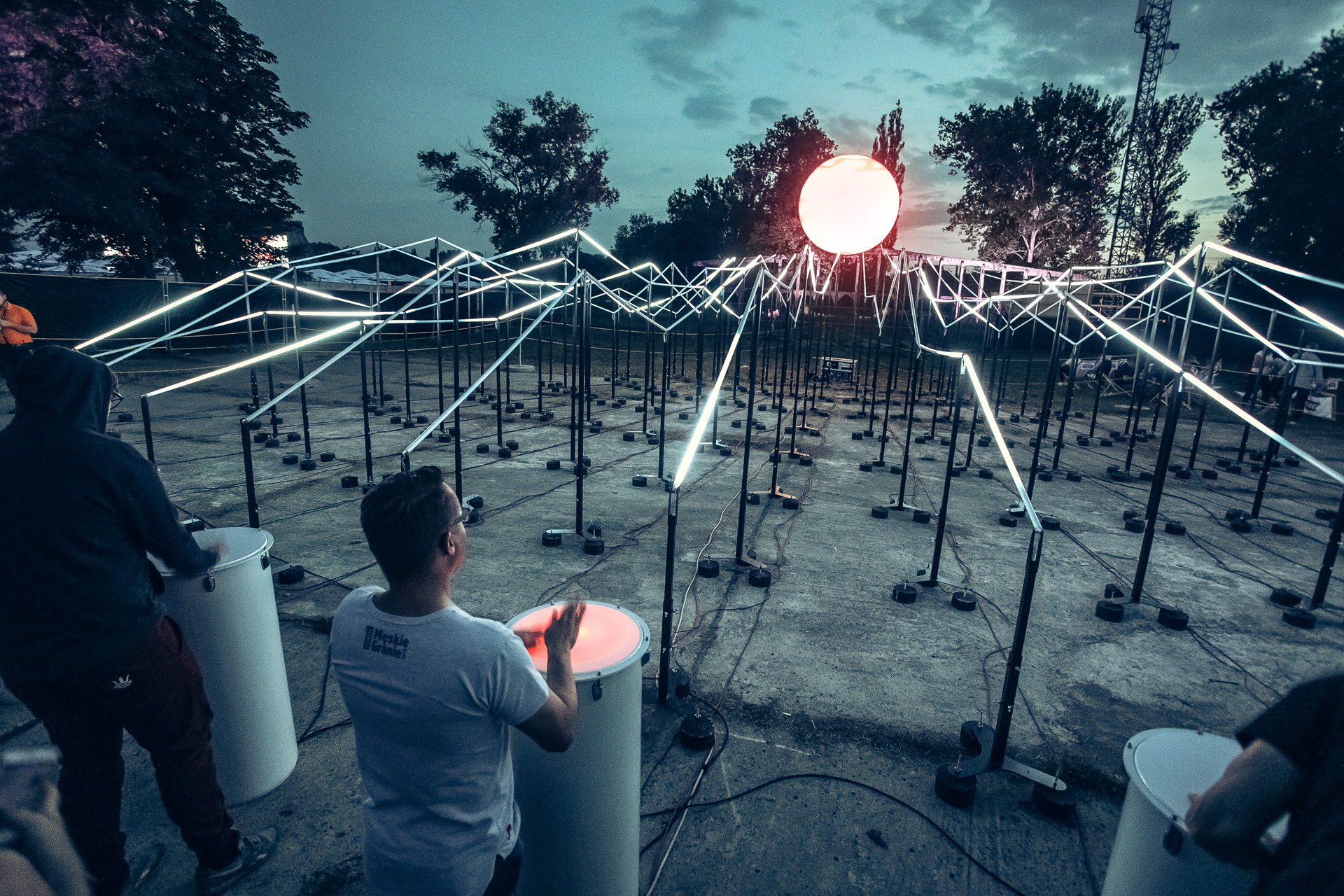